When ​Cesare Maldini called it quits on his playing days in 1967, he retired as a Milan legend - making 412 appearances for the Rossoneri and being apart of the sides that won four Scudetti and the European Cup in 1963.

By the time Paolo Maldini had hung up his suave Nike Tiempo boots in 2009, 'Il Capitano' had not only surpassed the achievements of his late father in Milan, but he'd also retired as arguably Italy's greatest ever footballer - a man who defined professionalism and grace on and off the field.

It was a 25 career spent in the elite echelons of the game; Maldini learned from the best, formed partnerships with the greatest and took the next batch of generational Italian defensive talent under his wing during his later days at AC.

His senior career started at the tender age of 16, making his Serie A debut against Udinese in the 1984/85 campaign under Swedish boss Nils Liedholm.

A product of the Rossoneri academy, it was Maldini's versatility, adept nature off both feet and ease at which he shut opponents out which saw him fast-tracked into Liedholm's starting XI - becoming a prominent member of the Milan side a season later, wearing the No 3 shirt that his father had proudly worn a generation prior.

Initially deployed as a right-back, Maldini switched over to the opposite flank following the emergence of Mauro Tassotti and arrival of football revolutionary Arrigo Sacchi in 1987.

"If I have to make a tackle then I have already made a mistake.”

It was under his successor, Fabio Capello, however, where Maldini reached new heights; hitting his peak just as the equally elegant and generational Franco Baresi was hitting the twilight of his career.

Little changed systematically with Capello at the helm, as a plethora of elite talent arrived to make up for the departures of the Dutch triumvirate that were so key to Sacchi's 'Immortals'.

Capello would then go on to create the 'Invincibles' in Milan, a side that enjoyed a 58 game unbeaten run on their way to back-to-back-to-back Serie A

Continued success ensued in Europe for Capello's men as they reached the European Cup final in three consecutive seasons between 1993 and 1995. Their one victory in those three, however, was a performance for the ages; a 4-0 triumph over Johan Cruyff's 'Dream Team'. A final which saw Maldini - playing as a centre-back - put an Alessandro Costacurta and Baresi-less Milan defence on his back to nullify the potent threat posed by a Barcelona

Under the brightest lights and with a significant amount of adversity, Maldini's effortless display was one of the finest in history. 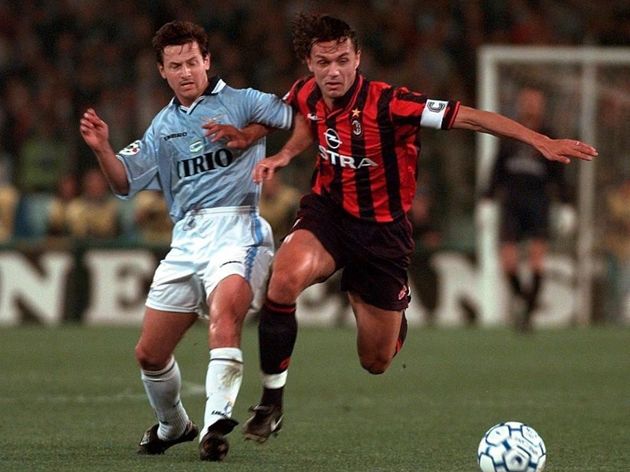 Following Baresi's retirement in 1997, Maldini - at 29 - took over the mantle as the Rossoneri skipper - just like he did after piscinin's international retirement in 1994. His imposing presence on the pitch along with his commanding nature meant Maldini was a natural fit for the role - one he didn't let up until his retirement over a decade later.

Another Scudetto was added to Maldini's cabinet in 1999 before the arrival of Carlo Ancelotti at the start of the 21st century saw Milan regain their status as Italy's supreme outfit.

As his physical speed dwindled, Maldini's speed of thought certainly didn't as he made the permanent switch over to centre-back to partner protégé Alessandro Nesta at the heart of the Rossoneri defence. It was at this position where the Milanese-born star propelled himself into the conversation as one of the best to ever do it. His aerial dominance, tremendous passing range and aforementioned man-marking ability all came to the fore in a central role.

There's a reason why he averaged barely 0.5 tackles per game throughout his lengthy career.

Through the first decade of the 2000s, Maldini and Milan captured seven major trophies, including a league title and two Champions League 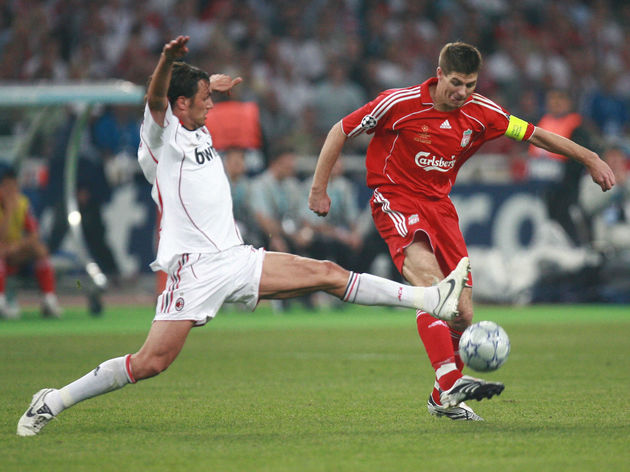 On a personal level, Maldini also placed third in the 2003 Ballon d’Or race following a Man of the Match display in the 2003 Champions League final against Juventus

And although Il Capitano never guided his country to the pinnacle of international football, he continued to shine individually - being named in the 'Team of the Tournament' at six major tournaments.

By the time he was done with making some of the finest attacking talents Europe had to offer look silly for over two decades, Maldini had broken all sorts of records for both club and country; making the most appearances for Milan

Very few mastered two positions during their playing days, but Maldini did. The elegant Italian was the true professional who in the words of Zlatan Ibrahimovic, Ronaldo, Roberto Baggio and many more, was the toughest defender they ever matched up against. 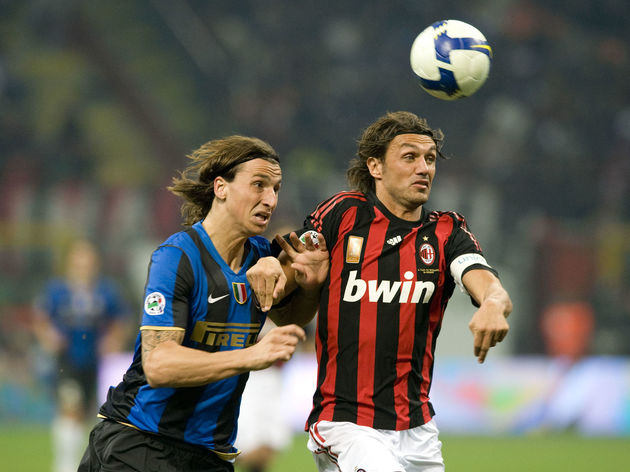 There’s a reason those fortunate to see him play would joke: “If Paolo Maldini was the Minister of Defence, no country would want to attack Italy.”