Kevin Keegan is number 39 in 90min's 50 Greatest Footballers of All  Time series.

Considered as one of England's first global superstars, Kevin Keegan has made history as both a player and manager.

The two-time Ballon d'Or winner initially found fame on British soil, before satisfying his dream of playing abroad - conquering Germany with Hamburg in the late 1970's. The maestro injected life and energy into the game as soon as he stepped on the pitch, no matter the venue, becoming one of the greatest foreign players to ever play in the Bundesliga.

Oh, and of course we have to mention the gorgeous perm. 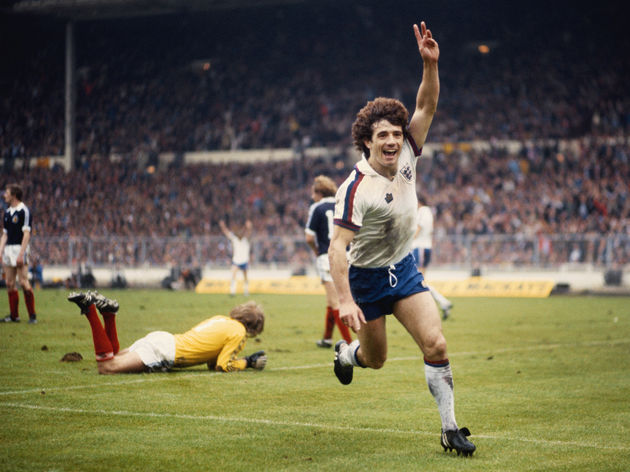 Starting his illustrious career at Scunthorpe in 1968, Keegan quickly rose to stardom, making 124 appearances for the Lincolnshire side before scoring an irresistible move to Anfield just three years later. Transferred for £33k - a sum that wouldn't even pay the majority of Premier League player's wages for a week these days - expectations were high for the coveted 20-year-old on Merseyside.

Despite hitting his peak after moving to Germany, Keegan's time with ​Liverpool was hugely successful, helping the Reds to (roughly) a billion trophies. The forward's 100 goals in 323 games helped Liverpool hit immense heights, seeing the playmaker secure three first division titles, an FA Cup and European Cup, as well as two UEFA Cups.

During this time the bullish attacker was also offered the captain's armband for his country, leading England out on 31 occasions between '76 and his eventual international retirement in '82.

The feisty forward's direct and assertive style made him an icon at Anfield, with his powerful running and ruthlessness in front of goal forging his name in Liverpool folklore.

Liverpool signed Kevin Keegan on this day in 1971. One of the most gifted players to represent the club, he scored 100 goals in 323 appearances during his time at Anfield and won no fewer than seven titles. He later joined Hamburg where he won consecutive Ballon d'Or awards. #LFC pic.twitter.com/n2bANaeLdt

But while Keegan had made waves in English football - being widely acknowledged as one of the first footballing superstars from the United Kingdom - the best was yet to come.

In 1977, Keegan made his move to Hamburg, despite being made offers from clubs with far more recent success. Joining the club for £500k - a deal which smashed both the British and German transfer records - the Englishman had the 'small' task of winning the league title at a club that had not done so in nearly 20 years.

And things got off to a rocky start for Keegan. Initially being somewhat ostracised by his teammates, and also getting banned for eight weeks after punching an opponent during a mid-season friendly, it seemed the star had bitten off more than he could chew. However, things would only get better, with Keegan's 12 goals, and stellar performances in Germany earning him the Ballon d'Or in 1978.

Ex Liverpool player Kevin Keegan won the Ballon D'Or in 1978 and 1979 while at Hamburg. #LFC pic.twitter.com/Z3cVeI5Yxw

Hamburg's appointment of Yugoslavian manager Branko Zebec in '78 paved the way for Keegan's greatest season of his esteemed career. HSV would go on to win the Bundesliga title in the 1978/79 season, with the tricky Englishman's 17 goals helping him earn a second successive Ballon d'Or award - making him just the fourth player to have won the trophy more than once by 1979.

Later nicknamed the 'Mighty Mouse' by teammates, Keegan would play just one more season in Germany, narrowly missing out on the European Cup after losing to Nottingham Forest 1-0 in the final. Despite their semi-final heroics, in which HSV beat Real Madrid 5-1 to overcome a first leg defeat, Keegan would leave Hamburg with just one trophy to boast.

The celebrity footballer would return to England in 1980, joining Southampton and then Newcastle just two years afterwards.

Voyaging into the world of football management, famously coaching England and squandering a 12-point Premier League lead with Newcastle in 1995/96, the amazing story of the 'Mighty Mouse's' playing days have been somewhat forgotten in recent years

But reminiscing over the glory of Keegan's career highlights just how talented the plucky Englishman was, with his lung-busting and intricate runs aptly matching his proficiency in front of goal.

Keegan simply changed the role of a footballer, and perhaps has a greater influence on the modern football player than one could have ever envisaged.