​Karl-HeinzRummenigge is number 33 in 90min's Top 50 Greatest Footballers of All Time series.

Rummenigge already had quite the career under his belt by the time Bayern Munich finally started to challenge for the Bundesliga title again, following their longest run without the Meisterschalle since the competition's inception.

He moved to Bavaria in 1974 just after Bayern lifted the league title. The Reds finished just one point ahead of Gerd Müller.

In his first few years at the club, 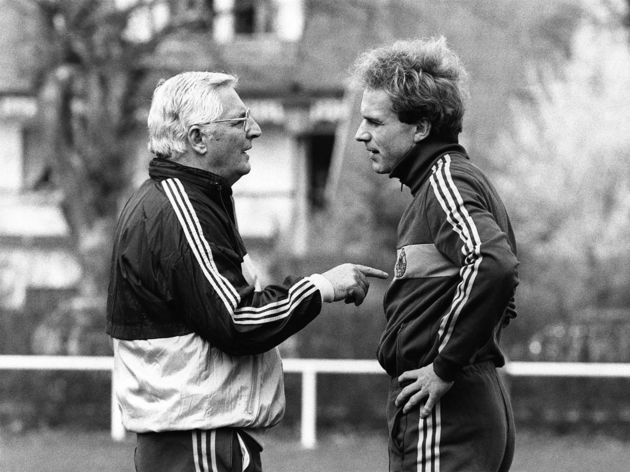 Rummenigge only scored 14 goals that season - the lowest tally for Bayern's top goalscorer since before the introduction of the Bundesliga - but his place as the club's top marksman was cemented in place.

Dieter Hoeness - the brother of former club president Uli, who retired as a player at Bayern in 1979 - Rummenigge inspired the club to their first league title since his arrival, going on to win another before leaving for Italy too. Bayern also ended an 11-year wait for the DFB-Pokal during that time, and Rummenigge became just the third player of his time to ever win back-to-back Ballon d'Or trophies, following in the footsteps of Keegan and Johan Cruyff.

To this day, Rummenigge remains the most recent Bayern

Rummenigge really stood out on the international stage too, even going on to form one of the most recognisable partnerships in German football history as a midfielder.

Rummenigge wasn't a midfielder by trade, and Paul Breitner - number 44 in 90min's Greatest Footballers of all Time series - certainly wasn't either.

Their partnership was aptly nicknamed

Paolo Rossi's Italy proved to be a hurdle too many for Jupp Derwall's side.

Rossi scored the opening goal of that final, but it was second-half strikes from Franz Beckenbauer taking over managerial duties, it looked like

Jorge Burruchaga put Argentina back into the lead with a few minutes left on the clock and West Germany left empty-handed in a World Cup final again.

For Rummenigge, it was a cruel end to an otherwise immortal career.