Bobby Moore: The Humble Centre Half Who Captained England to World Cup Glory

Bobby Moore lifted the World Cup for England in 1966 as Beatlemania reached its peak. Yet despite being the poster boy for the Three Lions' World Cup triumph - the golden boy of England's golden era - Moore was always more George Harrison than John Lennon.

Although famed for captaining England to one of the country's greatest ever sporting moments, Moore is recognised for his humility, modesty and integrity.

"You've got to be humble really to be yourself or to get a chance to be yourself. If you're not humble, your ego and your big cabbage head are getting in the way." 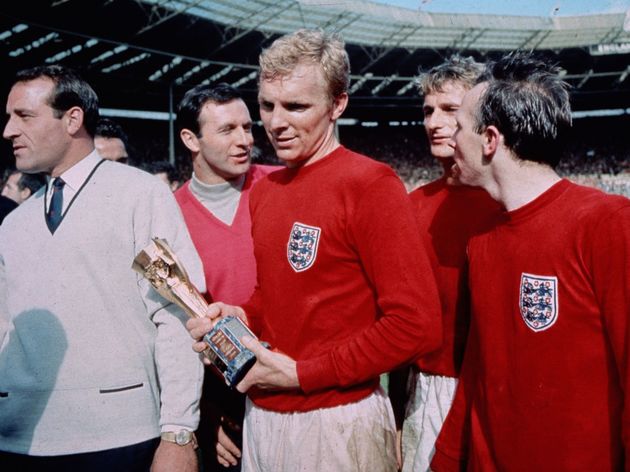 Bobby Moore was ahead of everybody. He was not just ahead in the way he played the game; more comparable to a modern day, ball playing central defender than a traditional 60s centre half.

But in a literal sense, Bobby Moore would always reach the ball ahead of his opponent. He was never the quickest. In fact, his pace was always considered Moore's major deficiency.

But he over compensated for his lack of speed with his ability to read the game. Moore's anticipation, intelligence and understanding allowed him to judge the rhythm of matches, make crucial interceptions and snuff out attacks.

"There should be a law against him. He knows what's happening 20 minutes before anybody else."

He was at Upton Park for a fruitful period in the club's history, winning the FA Cup in 1964 and the European Cup Winners' Cup the following year. The famous 1965 triumph remains one of the greatest days in West Ham's history, as they became only the second ever English side to win in Europe.

Moore had earned his first international cap in May 1962. Just one year and 11 appearances later, Moore captained England for the first time. He was given that role permanently by Alf Ramsey in 1964.

Two years later, Moore was one of three West Ham players named in the England squad for the 1966 World Cup on home turf, along with Geoff Hurst and Martin Peters. Having beaten Eusebio's Portugal in the semi finals, all three Hammers were named in England's starting XI for the World Cup final against West Germany.

England found themselves 1-0 down early in the first half, but equalised six minutes later thanks to Moore's vision and intelligence. The defender was fouled on the half way line, but instead of rolling around or protesting, Moore pulled himself up, grabbed the ball and picked out Hurst, who deftly headed home.

In the dying seconds of extra time with England leading 3-2 but soaking up heavy West German pressure, the ball fell to Moore on the edge of the England box. He opted not to leather the ball away, but instead find Hurst with a 40 yard pass. The West Ham striker completed his hat-trick and triggered the most iconic piece of English football commentary.

From centre half, Moore had remarkably provided two assists in the World Cup final. The England captain lifted the Jules Rimet Trophy and cemented his name in English sporting legend. The 1966 World Cup final is not even regarded as the greatest performance of Moore's esteemed career.

Four years later in the group stages of the World Cup, England faced one of the greatest sides to grace the international stage. The Brazil team of 1970 were like nothing football fans had ever seen before; innovative, dynamic and unorthodox. Although England lost 1-0, Moore was defensive solidity personified.

During the game, the England captain completed what is regarded as 'the perfect tackle' to cleanly dispossess Jairzinho. Never has a sliding tackle looked so satisfying.

Post match, Moore and Pele shared one of football's most beautiful moments, embracing and swapping shirts in a display of mutual admiration and respect, from one great to another.

“Bobby Moore was my friend as well as the greatest defender I ever played against” - Pele pic.twitter.com/9R6vb9T1tP

This was what made Moore stand out. The momentous occasions brought out his very best. On the biggest of stages, Moore was cool, calm and collected.

108 caps for England, a Ballon d'Or runner up, a World Cup winning captain and admired by Pele. All while remaining one of the most humble men to ever play the game.