When you hear the phrase 'total football', your mind immediately turns to Johan Cruyff and the great Netherlands team of the 1970s.

Cruyff was a flamboyant revolutionary who, with the guidance and assistance of head

The end product was beautiful to watch.

But it was a system that wouldn't work unless the players who were working within it were adaptable, versatile and always striving for perfection. Born in Amsterdam in 1962, Gullit spent his formative years playing street football alongside fellow Dutch great Frank Rijkaard, where he'd learn the art and importance of impeccable close control, as well as

His talent was obvious from a very early age, and it wasn't long until he became the youngest player to ever play in the Eredivisie - when he debuted for HFC Haarlem at just 16.

There, Gullit would sample the despair of relegation and the ecstasy of promotion, but more importantly would establish himself as one of the world's finest young talents. His manager at the time, Barry Hughes, described the brash, fearless Gullit as a "Dutch Duncan Edwards", the standout star of ​Manchester United's 'Busby Babes' during the 1950s, and allowed him to dictate play from an orthodox sweeper role.

In 1983 Johan Cruyff signed to Feyenoord where he played alongside the young Ruud Gullit. Both scored vs Ajax at de Kuip 84´ #deKlassieker pic.twitter.com/ct2tDMRbXo

I had the privilege and the luck of having him (Johan Cruyff) in my life. I am very grateful because he looked after me." Ruud Gullit.

With his reputation growing, there was soon a clamour for Gullit's signature - and it was a race that would be won by Feyenoord in 1982, the club he supported as a boy.

It was also around this time that it became apparent that Gullit wasn't just a run-of-the-mill good footballer; he had the potential to become a great one.

Feyenoord, spotting his natural ability to gracefully roam forward with the ball, while demonstrating tremendous pace and power, and

Led by ​Arrigo Sacchi, who only had two years of prior coaching experience under his belt, Milan became the standard bearers of European football, with Gullit's versatility and understanding of the Italian's footballing philosophy a key staple of their unprecedented success.

Milan's style of play was unlike anything that had been seen in club football, and resonated well - after initial skepticism and a lot of convincing - with Gullit, at least in an attacking

It was a new spin on Cruyff's 'total football' ideology, and was a system that helped reward Gullit for his 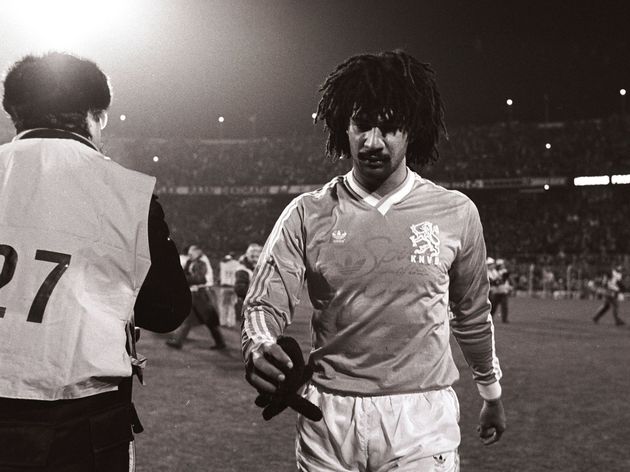 But Gullit was fortunate enough to blossom alongside a generation of great talents - Rijkaard, Ronald Koeman, Marco van Basten to name just three - and together, they put their country's past miseries behind them to comprehensively outclass all those put before them.

He even scored in the final, though his game winning header is largely overshadowed - and rightly so - by Van Basten's iconic volley into the Soviet Union top corner.

As great as that success was, Gullit's real bread and butter success came back in Italy. A He remains synonymous to this day with Rijkaard and Van Basten, as well as Milan as a whole, and Gullit's outlook on football can perhaps be summed up by his words while working as a pundit during Euro '96...words that, to this day, still apply to many footballing purists.

90min's 'Top 50 Greatest Footballers of All Time' can be found here.​