​You know how Real Madrid created history with their three successive Champions League titles? Of course you do, it only happened two seasons ago.

Well, old habits die hard. In all the right ways.

The success of one of football's biggest clubs can be due to a number of varying factors, but the truth is that instrumental in cementing themselves as a titan of the game has been the players in their ranks. Some rather good ones, it must be said. 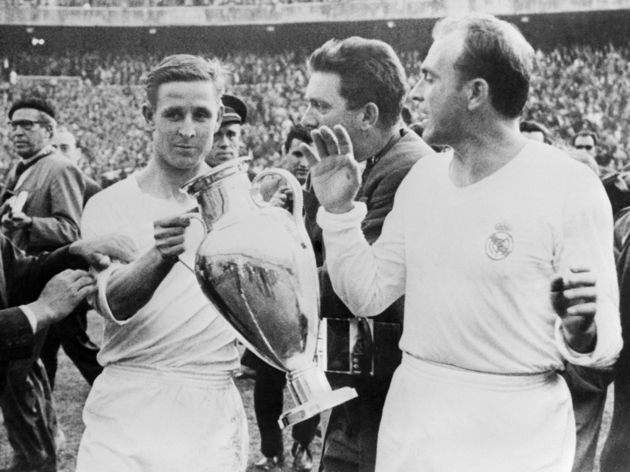 Unlike the forwards listed above, Raymond Kopa was the string that tied Los Blancos together during his three-year stay in the Spanish capital.

The immense goalscoring exploits of his teammates during that era often grabbed the headlines, but the platform from which they could achieve greatness was one crafted and assembled and revolutionised by the French playmaker.

He left his mark on the club in three short, but spellbindingly sweet seasons that brought with it levels of success that have since become to the norm in central Spain.

Raymond Kopa was one of a kind. His time in Spain, though, would see him never lose a European Cup final again.

The following three campaigns saw Los Blancos secure another three final victories in the competition - this time with winners' medals for Kopa - as well as two La Liga crowns.

Needless to say, it all worked out rather well.

But that would be a boring and unjust way to herald one man's genius.

Previously operating in an offensive, central role, the Frenchman as moved into an offensive right (right winger) position by José Villalonga Llorente - although he was not one to hug the touchline.

Kopa was granted freedom to roam infield, cutting inside or allowing his teammates to run beyond him, yet, he was just as comfortable with the ball at his feet anywhere on the pitch.

Madrid had secured the European Cup the season before - as well as two of the previous three ​La Liga titles - but the manner with which they lifted their game was a direct result of Kopa's involvement. They became a sight to behold.

His style of play was graceful, he read the game beautifully

His final season was to continue in the same vein, reaching the European final once more where a romantic conclusion to his Madrid career would see him face off against his former club Reims.

It was Kopa's joint-most prolific season in front of goal for the club, and he was to be a key contributor once more as Madrid overcame the French outfit 2-0 in the final.

Despite considerable efforts from the club to extend his stay at