All four had their legacies cemented by having a stadium named after them.

Giuseppe Meazza, who won the #WorldCup with the @azzurri in 1934 and 1938 - captaining the team in the latter edition - died #OnThisDay in 1979  pic.twitter.com/jUOJFfGdGq Deployed as a withdrawn forward - most similar to today's number 10 role - he represented the antithesis of his teammates unforgiving style of play. Sporting a shining head of slick back hair, Meazza was one of football's earliest technicians.

Competent with both feet, likely to place rather than power his shots and blessed with a wealth of vision and intelligence, he operated in a sphere of his own amid his teammates aggression and gamesmanship.

After dispatching the Unites States, Spain and Austria, Italy beat Czechoslovakia in the final in front of a capacity crowd at the

The tail end of Meazza's career saw him take in spells at Milan - the club who rejected him as a youngster - as well as ​Juventus, Varese and Atalanta. He would return for final final swansong with Inter before retiring in 1947.

He remains Italy's second top scorer of all time and is also fourth in Serie A's goalscoring charts. 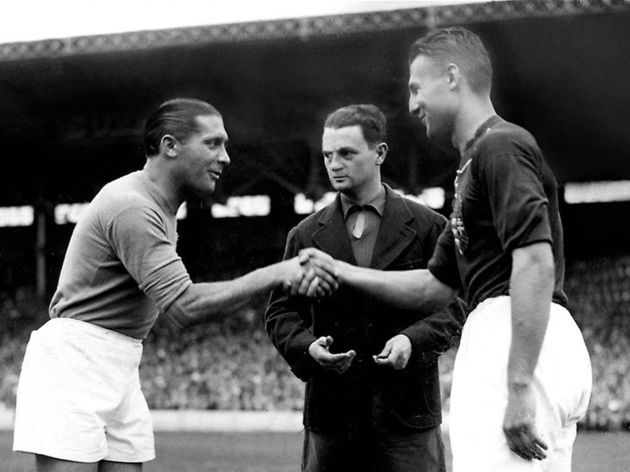 After his passing in 1979, tributes came flooding in with many coining Meazza as Italy's greatest ever footballer and perhaps even the best player of all time.

That is a debate for another time, but the elegant baller's passionate relationship with the city of Milan was fittingly commemorated with San Siro's renaming one year later.