Luis Suarez: The Uruguayan Heel Who Never Bit Off More Than He Could Chew

Luis Suarez is number 6 in 90min's Top 20 Greatest Footballers of the Decade series. Follow the rest of the series over the course of the next two weeks.​

Of course, we had to start this with a biting joke. Where else would we begin? It's the not-so-ignored, and Apple logo-esque (you know, with a chunk out of it) elephant in the room.

Luis Suarez bites people. On a football field. With fairly regular occurrence. And the tales of these terrifying teeth marks get told with similar constancy. And, with each re-telling, the teeth get sharper, the snarling pre-meditation more deviant, the demonic grin wider.

Combine this with the widely reported incident of Suarez headbutting a referee when he was just 15, and a not-so-pretty picture is formed. Stories like this are how a legend is born, a narrative crafted and then reinforced time and again. 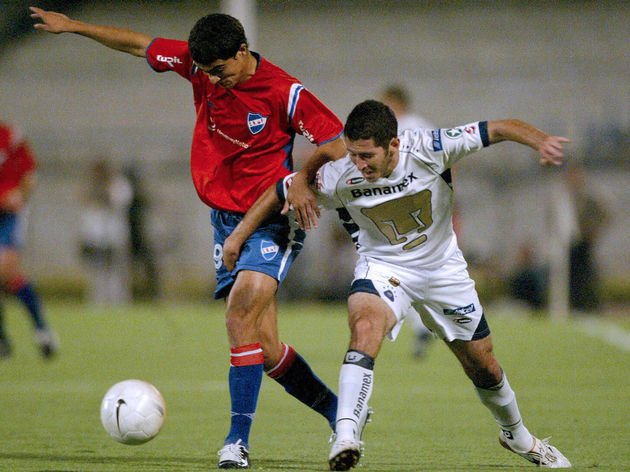 In the meantime, though, the Uruguayan was crafting a legend of his own. And it's undeniable.

There are so many places at which you could start to tell this story - from the fierce streets of Uruguay to the gothic grounds of Groningen to the strawberry fields of Liverpool and beyond - but how about this very week?

For, on display in Barcelona's midweek Champions League clash with Inter, was everything you need to know about Suarez as a footballer. The relentless desire, the inch-perfect technique, the irrepressible intelligence - all still working in perfect harmony, even after 32 long years of life.

That latter part is not something many focus on. No one can deny the desire, the relentlessness of his pursuit, but the brain behind all that effort can be overlooked.

Thankfully, after showing all the technique with that leaping opener of a volley, he provided yet another instance of the intelligence with his touch to set-up the second, crafting a path to goal that few could see, let alone execute. 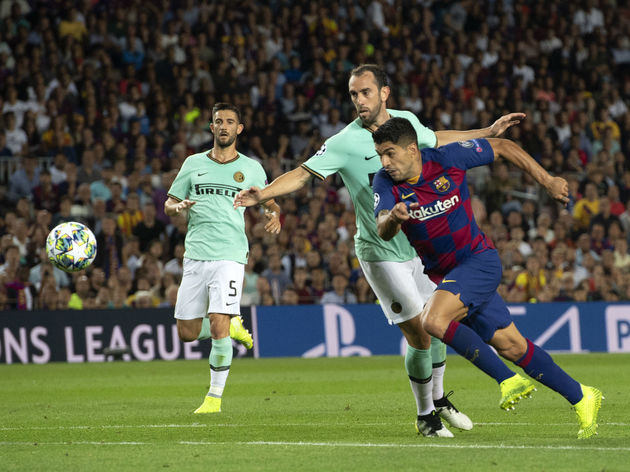 Normally, these articles are about career trajectory - how a player came to be who he is today, and how they came to define the decade in that time. And Suarez's arc is an entertaining as anyone's, from his eruption as a force in South America with Nacional to his honing in the Netherlands, his arrival in the Premier League - by the end of which he was, in my humble opinion, the best player in the world - and his legacy affirming trophy procession in Catalonia.

But those achievements and statistics can't properly define ​Suarez. It's a smattering of special moments that do so.

And, seeing as by this point we know those storied scenes such as the hat-trick against Norwich or the de facto Champions League final winner all too well, it's a couple dredged up away from the beaten path that might best explain his unique presence.

It should be said, both of these are situations in which I was actively rooting against the Uruguayan.

On a cold night in December 2012, I saw the greatest individual performance I've ever been witnessed live in the flesh. The stadium was Loftus Road (now admirably known as the Kiyan Prince Foundation Stadium), the opposing team something resembling Queens Park Rangers.

Now, sure, this QPR side was quintessential relegation fodder, but this was not the Liverpool of 2013/14. This was the Liverpool that had just been beaten by Stoke, that were languishing in ninth, and that would finish seventh.

In any case, two days before the start of 2013, in the depths of winter - you know, when fairweather South Americans are SuPposED tO STrugGle!! - Suarez shone brighter than any North Star I'd ever seen.

With 10 minutes gone, he picked up the ball about 10 metres from the D, with five opponents closer to him than any teammates, but spotted a 62-year-old Clint Hill backtracking in-front of him, and spliced right through the rearguard, slotting it into the bottom left corner just as the three covering defenders converged on him. Six minutes later, he'd latched onto a Stewart Downing - yep, this is the quality we're talking about - ball down the flank, sped into the area, delivered the cross, had that cross blocked, maintained his run and spanked it into the net himself.

In video, this amounts to two impressive, but not particularly memorable, goals in a routine 3-0 win against utter sh*te. But in person, it was spellbinding. That is the power of Suarez. He is a visceral experience. In times of quiet, his high-pitched screeches and whines puncture the air, his persistent petulance everywhere you look.

He's an absolute pest. And it enrages and infuriates you - as a Liverpool-hating Chelsea fan, I was in the home end with a Rangers-supporting friend - just as much as it enraptures you. But enrapture it does.

The next encapsulation of Suarez essence comes from a game in which my desire to beat him was infused with Stella and jingoistic fervour. It's the 2014 World Cup - five days before Suarez's gnashers would come out to play once again.

A bedraggled-but-still-promising England up against the wily Uruguayans. And seeing as I wasn't in Brazil, this is less about the visceral nature of the man, the myth, the legend up close and personal, and more the profound way in which he wears his heart on his sleeve, those close and personal emotions there for all to see.

Upon scoring the game's first goal in the 39th time, after peeling off the back of Phil Jagielka (Jesus wept) and cutely nodding the header over Joe Hart's (...) outstretched hand, he wheels away with trademark delight. The three kisses are enacted. Everyone is ecstatic.

But Suarez is overwhelmed. His face is taught with joy, his fists clenched indefinitely, and as his teammates encircle him with hugs, he's visibly close to tears.

It means that much. And, of course, he'd have me in a similar state with five minutes left to go in the game, anticipating a misjudged header from Steven Gerrard far quicker than anyone else and lashing in the resulting chance.

This time, the emotion is instant, etched all over his body as he spreads his arms in both disbelief and relief, just as I stare at the screen through blearly eyes, head in hands, despondent beyond belief.

But those reserves of emotion are what make Suarez Suarez. They are what separate him from the other preeminent - and non-Lionel Messi/Cristiano Ronaldo - striker of his generation: Robert Lewandowski.

Where the Pole is all freakish efficiency, eastern European stoicism and mechanical majesty - yes, in this case ladies and gents, the international stereotypes really do ring true - Suarez is pent up South American passion. Sometimes it's controlled, sometimes it overflows with dire consequences, but it's always there, pumping his blood, pervading his being, providing his motivation, pushing his talent to the edge.

It's why he's here. And it's why he'll stand the test of time.

​Number 8 - Dani Alves: The Maverick Who's Just Too Good to Be Copied

​Number 7 - Franck Ribery: The Serial Entertainer Who Was Born to Win