Franck Ribéry: The Serial Entertainer Who Was Born to Win

Franck Ribery is number 7 in 90min's Top 20 Greatest Footballers of the Decade series. Follow the rest of the series over the course of the next two weeks.

The year is 2006. An exciting and exhilarating World Cup tournament has just been crowned by the most infamous head-butt in sporting history. When we look back at that magical edition of football's most prestigious prize, one Frenchman is lauded above everyone else.

Zinedine Zidane again wrote himself into the history books, receiving a red card for a vicious attack on Italy's Marco Materazzi, which effectively cost a dominant France their second World Cup triumph. 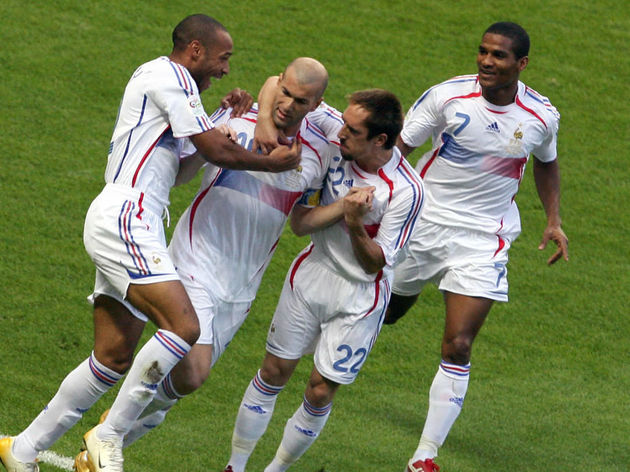 Whilst Les Bleus' run to the final in Germany is hailed as Zidane's final bow, the tournament in 2006 should have been remembered for the introduction of one of football's most exciting up-and-coming talents.

Franck Ribéry burst onto the world's stage during World Cup 2006, off the back of a sensational season at Marseille. The youngster shone in a team of superstars, surrounded by household names like the aforementioned Zizou, midfield powerhouse Patrick Vieira and Arsenal legend Thierry Henry.

Despite the quality in that French side, Ribéry managed to force his way into the team and make a name for himself which has since evolved into a wonderful legacy. Now in the twilight of his career, the 36-year-old is living a quieter life away from football's biggest stages - but he's still making headlines in Italy as he tears apart Serie A.

Ribery turning back the clock this season for Fiorentina ⏰ pic.twitter.com/Zml3YbWxmE

Ribéry spent two seasons at Marseille, where he rose to stardom as a formidable winger, comfortable using both feet and with trickery and skills that could turn any full-back inside-out. The Marseille man's stellar performances earned him the 'Young Player of the Year' award in 2006, along with a place in France's senior World Cup side.

After a breakthrough debut World Cup display and subsequently a long chase by a whole host of Europe's top clubs, Ribéry earned his dream move to ​Bayern Munich in 2007, where he would spend 12 years of his career, winning all there is on offer in the German game.

But whilst it's easy to get caught up in all of the trophies, honours and awards a player gathers during their career, you can overlook the true moments of joy and entertainment which the stars provide week-in, week-out. And that's exactly what Ribery does.

The diminutive Frenchman is a magician with the ball at his feet. Ribéry picks up the ball on the left-hand side, faced by his opposing right-back and an additional defender, fearful of the winger's powers.

Before his adversaries know what's hit them, Ribéry has shifted the ball once or twice, and in the blink of an eye the defenders are in a tangled heap on the floor, as their conquerer bears down on goal, typically dinking it beyond the goalkeeper's despairing dive.

Whilst the above description would be the goal of a lifetime for many top footballers, that is simply a day in the life of The maverick's greatest period was in 2013, when he finally won the Champions League with Bayern, providing the assist for Robben's late winner, and performed to such a level that he was nominated for the Ballon d'Or.

Ribéry finished third in the awards, behind ​Lionel Messi and ​Cristiano Ronaldo, but many felt the winger deserved the crown more than his opponents.

"I saw myself as the Ballon d'Or. It's the truth.

"I had nothing to envy Ronaldo or Messi for, that year. I really took a big hit on the head. I experienced this third place as a terrible injustice. The Bayern legend bid an emotional farewell to the German club as he set his sights on a new adventure, and a mesmerised Serie A audience is now being treated to the Franck Ribéry experience: Fiorentina edition.

himselfworldswansongwatch this magic man strut his stuff in a way only he can.