Manuel Neuer is number 17 in 90min's Top 20 Greatest Footballers of the Decade series. Follow the rest of the series over the course of the next four weeks.

There was a time, long ago, when goalkeepers were judged specifically on their shot-stopping abilities. Pundits would analyse their positioning, command of the penalty area, aerial strength and of course, their reactions and reflexes.

Let's skip to 2011. Inter legend Dejan Stankovic has just scored one of the greatest Champions League goals ever

Little did we know, we'd just witnessed the beginning of a new era, and a performance of the soon-to-be greatest goalkeeper in the world. Manuel

​Neuer rose through the Schalke ranks, making a name for himself in Germany as a talented young shot-stopper - albeit a little erratic. The youngster played the game with a bravery and boldness that was rare in goalkeepers of any age or stature, and he quickly grew into one of the hottest prospects in Europe.

His style was unorthodox at that time, risky and sometimes costly. He positioned himself much further from his own goal than the average keeper, ready to act as an 11th outfield player in both defence and attack. Neuer was, and still is, exceptional at reading the game, sensing danger and rushing to meet the ball before it came close to his own goalmouth. 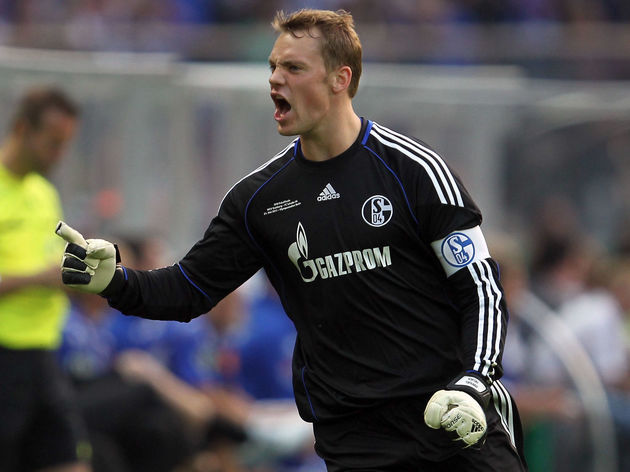 He is as comfortable with the ball at his feet as any outfield player, and regularly joins attack and pushes forward when his team are in search of a goal. In layman's terms, he was a new kind of maverick who made the world stand up and take note.

He made goalkeeping cool.

Neuer's style didn't come without its hiccups and embarrassing moments, but this prestigious talent was breaking the mould, and reshaping the way the last line of defence would play for the foreseeable future.

It wasn't long before the ​Schalke man got his move, headhunted by the best team in the country and destined to create history. Neuer joined ​Bayern Munich in 2011 for €30m, a transfer which caused great friction between the shot-stopper and his former supporters.

Signing for Bayern means one thing: you have to be the best. It didn't take long for the German giants to realise they'd invested wisely. At the time of his arrival, Der FCB were not the powerhouses they are today, and they fell short across all competitive fronts during the 2011/12 season.

From that moment on, Neuer and Bayern have never looked back.

Together, the aforementioned partnership has secured seven consecutive league titles, after the disappointment of his debut season at the Allianz Arena. The German was at the peak of his powers when he claimed the Champions League trophy in 2013, and only a year later would then pick up the biggest prize in world football.

Germany won the World Cup in 2014, and Neuer was unsurprisingly voted the stand-out goalkeeper of the tournament. He was a man-mountain between the posts, and he firmly cemented his legacy as one of the all time greats.

When judging a player's success and status within the game, many use a lack of trophies as a stick to beat talented footballers with.

No one can use that jibe this time.

Neuer has won everything there is to win, both as part of a team and individually. The Bayern man was nominated for the Ballon d'Or in 2015, a prize usually contested by strikers and creative forwards. The German international came in third place, an incredible feat and a reflection of how much his contribution to the beautiful game is truly appreciated. In recent years, Neuer's relevance has waned somewhat. The new generation of goalkeepers are beginning to flex their muscles; talented number one's like Alisson and Ederson are leading the way on the sweeper-keeper movement.

But it's impossible to see this new breed between the posts without remembering the man who began it all. Injuries are catching up with Neuer, as is the unforgiving passing of time. His best years are clearly behind him, but the Bayern captain still has plenty to offer to the sport.

When the footballing population is asked to name the best players in history, goalkeepers are rarely mentioned. It seems unfathomable that someone who literally changed the way our sport is played becomes an afterthought in conversation when discussing the very best. But without Neuer, we quite possibly wouldn't have the current ​Manchester City and ​Liverpool goalkeepers to enjoy. Perhaps they would have been trailblazers for this offensive style of keeping, or perhaps they wouldn't have even dreamt of being a dynamic, daring number one, without the footsteps of our German giant to follow.

The day in which Neuer hangs up his gloves will be a sad day for football, but it will also be a moment to look back and appreciate how far our game has come, and how much we owe to the charismatic and courageous Germany goalkeeper.

​Number 18 - Sergio Aguero: The Man Who Painted Manchester Blue With One Kick of a Football