4 of the Best Moments of Hristo Stoichkov's Career

​Hristo Stoichkov is number 38 in 90min's Top 50 Greatest Footballers of All Time series.

Hristo Stoichkov wasn't just one of the best players of all time either. Not only is he widely regarded as the best Bulgarian player of all time, but his playing days in Catalonia helped to mould the DNA of Barcelona, which is still seen to this day. 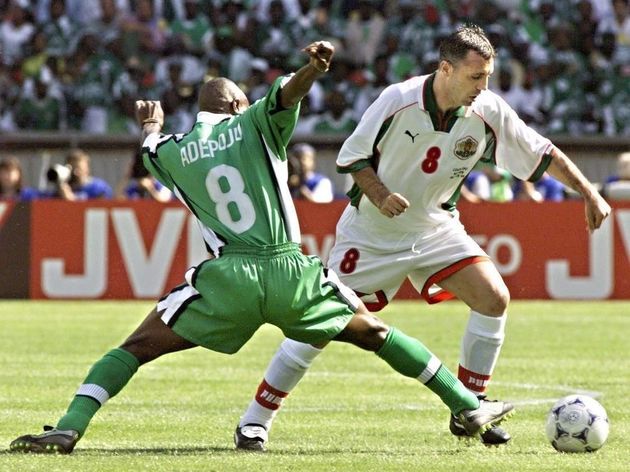 Stoichkov was known for his goals wherever he played. It didn't matter what club or what position he was in, the Bulgarian always found a way of getting the ball into the back of the net.

That was on show more than any other time during his career during his last year with CSKA Sofia, convincing Johan Cruyff's Barcelona to sign him in 1990.

The season earlier, Stoichkov was awarded the European Golden Boot thanks to his 38-goal haul in Bulgaria. It's hard to look past any attack with Lionel Messi as Barcelona's best of all time, but while the Argentine has been the crown jewel in a front three over the years, Stoitchkov starred in a two.

It was only a partnership that lasted for 18 months, but Stoichkov and Even if fans worldwide couldn't see much of Stoichkov and

Romário's Brazil won the trophy and he was even named as the best player at the competition, but Stoichkov's Bulgaria certainly held their own.

During their run to the semi-finals, Bulgaria picked up wins against Greece, Argentina, Mexico and even Germany.

Italy, who lost to Brazil on penalties in the final, knocked Bulgaria out and Stoichkov's side also lost the third-place playoff match, but it was a competition unlike any other for the 1994 wasn't a special year for Stoichkov. It was Stoichkov's year.

From his performances and goals at Barcelona to international level with Bulgaria, Stoichkov was in his prime.

For Stoichkov to win the Ballon d'Or that year, when a Roberto Baggio-inspired Italy looked unstoppable, highlights his quality more than any amount of goals he scored or trophies he lifted.

He'd finished as the runner up to Marco van Basten two years earlier, only just missing out, but Stoichkov was overwhelmingly voted as Europe's best player in 1994, comfortably ahead of Baggio and Paolo Maldini.