Birmingham City's Jude Bellingham has attracted plenty of attention as a result of his outstanding displays in the Championship this season.

Despite only turning 16 in June, Bellingham has been a shining light for Pep Clotet's side this season, starting 24 of his team's opening 36 league games.

The teenager has been linked with a move away from St Andrew's in recent times, with numerous clubs from around Europe keeping tabs on the player. It was revealed in January that Manchester United ​made an offer of more than £30m as they looked to secure his services.

However, Borussia Dortmund are now ​said to be leading the race, and have been tipped to land his signature - although they have yet to make any sort of ​bid for the player.

With that in mind, here are six things to know about one of the country's brightest young talents... Jude Bellingham was born on 29 June 2003. To put that into context, Roman Abramovich officially bought Chelsea Football Club at the start of July 2003.

On 6 August 2019, Bellingham was handed his first senior start for ​Birmingham as they travelled to take on Portsmouth in the first round of the Carabao Cup. In doing so, he became the club's youngest ever first-team player, aged just 16 years and 38 days. This record was previously held by Trevor Francis, who was the grand old age of 16 years and 139 days when he first appeared for Birmingham.

Bellingham made his first appearance in the league as he came on during the 3-0 defeat to Swansea towards the end of August, but he was handed his first start in the next game at home to Stoke. With his side drawing 1-1, the youngster drove forward before deciding to try his luck from distance. The ball took a deflection and found its way into the back of the net.

While it wasn't exactly a 'worldie', it was outstanding from Bellingham to stride forward with confidence and take it upon himself to create an opportunity. Oh, he also became the club's youngest ever goalscorer as well. The prodigy has gone on to make 34 appearances in all competitions so far this season for Clotet's side, registering four goals and providing three assists. These stats may not exactly be prolific, but they are very impressive when considering his team's lowly league position - and also the number of positions he has played in.

Bellingham has primarily been deployed in central midfield this campaign, but he has also played on either flank, as well as in the attacking midfielder role and even as a centre forward (on one occasion).

He works tirelessly for the team and has been bright in whatever position he has played, but his manager believes he is most effective when playing in the central midfield role. After their 2-1 win over Middlesborough back in October, Clotet told ​Birmingham's official website: "

"When he made his debut here at St. Andrew's he did it on the wing in the same position that Fran Villalba played on Friday.

Plays With a Maturity Beyond His Years 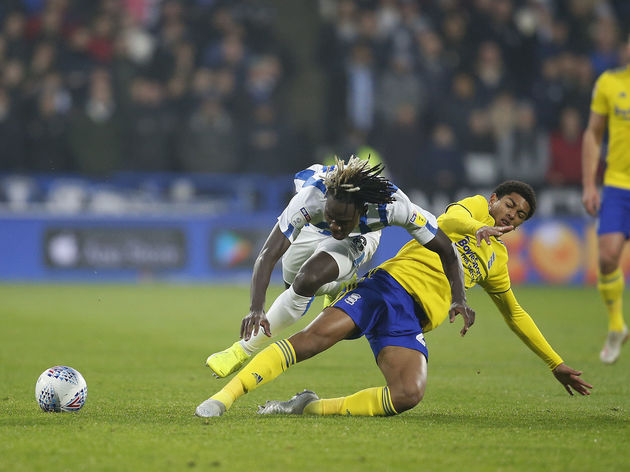 As previously noted, Bellingham doesn't turn 17 until June. As a result, he ​earns just £145 per week

In his opening 25 league appearances of the season, Bellingham won 125 duels and made 94 ball recoveries, highlighting his ability to intelligently read the game. Perhaps what is most impressive is that he has an understanding of when to press and when to drop off. Equally, however, he is their fourth top goalscorer with four goals this season.

Despite his tender age, he is a player that certainly does not shy away from taking responsibility and he has proven to be a valuable first-team member.

He's Attracted a Lot of Attention Bellingham is a sensational talent and it is hardly a surprise that numerous European giants are showing an interest.

​A source told 90min in September that Liverpool were leading the race for his signature, but there was also strong interest from Arsenal and Manchester City, as well as Barcelona and Borussia Dortmund.

​Manchester United later entered the race, with assistant Mike Phelan personally going to watch the starlet in action before encouraging United to push for a transfer in January. ​A source later told 90min that while ​Liverpool were leading the race, his family are open-minded about his future and would happily let him join any of the 'big six' sides or Leicester City.

In January, the Red Devils made a bid of more than £30m as they looked to secure his services. However, Dortmund are now said to be the ones who are 'very far ahead' in the race for his signature. With the German giants continuing to create and develop players into becoming superstars rather than buying them, a move for Bellingham certainly makes sense.

While it is not yet completely clear where he will be playing his football next season, what is for certain is that whoever gets him will have a sensational talent at their disposal.

Plays with a maturity beyond his years? Check. Exceptional talent? Check. Offer of more than £30m made for his services? Check. Youngest ever Birmingham player? Check.

Bellingham captained the England Under-17 side at the

The Son of a Non-League Legend

Jude is the son of Mark Bellingham, who enjoyed a prolific playing career in non-league football. Mark had spells with