Prodigious talent Bellingham has been subject to serious interest from the likes of Manchester United, Liverpool and Chelsea over the last few months, with the former reported in January to have offered £30m for the Stourbridge-born midfielder. A deal was not struck, however, leaving Bellingham to continue his debut campaign with the Championship side. Recent reports from Germany have reignited the talk over Bellingham's future. Dortmund have been described as 'very far ahead' by Sport Bild, who suggested that a

A source has told 90min on Wednesday afternoon, however, that Birmingham have not yet received an approach for Bellingham from Dortmund.

And while he is yet to turn professional, the player, his camp and his father's ties to the club mean it's unlikely that Bellingham will walk out on Birmingham in a similar manner to the way Sancho did at the Etihad in 2017 - knowing that doing so would potentially deny the Blues the opportunity to raise millions of extra pounds through an agreed sale.

Many clubs in the Championship find themselves in precarious financial situations, and Birmingham are no different. Bellingham has risen to prominence in recent months, playing in 31 times in the Championship so far this season - not missing a single league game between his debut against Swansea in late August and the recent draw with QPR.

He was an unused substitute in the west London clash, and manager Pep Clotet has confirmed that he will not feature in Wednesday night's FA Cup trip to Leicester City either.

Clotet told the press ahead of the game, via the ​Birmingham Mail: "Jude has played a lot of games and I rested him on Saturday with a view to him playing this game on Wednesday.

"But young players manage the load different to full professionals, sometimes they take longer to recover and they get minor knocks and minor things.

"It was an intense game against Millwall and I want him to have a completely fresh, new start for Saturday. 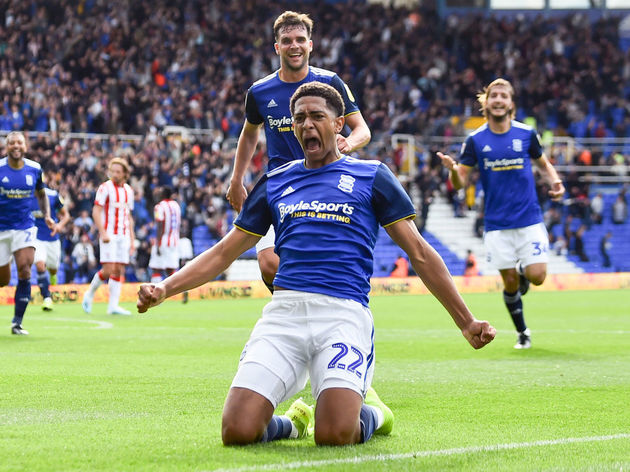 "He understands the situation, it’s for his benefit. He has been coping with it very well, I want to make sure he can keep coping until the end of the league."

The Athletic has previously reported that Bellingham has a reluctance to play Under-23 football if and when he moves on, having already thrived at senior level.

90min also revealed in January that the youngster’s family want him to be playing as regularly as possible and recognise that staying at St Andrew's would improve those chances, even though they remain open-minded.