Despite only turning 16 last summer, Bellingham has been a regular in the Championship for Birmingham this season and has been the subject of much transfer interest. There have even been rumours that Real Madrid and Barcelona have sent scouts to watch him. According to Sport Bild, Dortmund are ‘very far ahead’ in the race to sign Bellingham and could even make the youngster their club-record signing at a price of €35m (£30.6m). That would eclipse the €33m deal to re-sign Mats Hummels from Bayern Munich in 2019.

The German report notes that Bellingham ‘fits perfectly’ into Dortmund’s mantra of creating superstars instead of buying them.

But despite Sport Bild writing about a €35m transfer fee, a report from Ruhr Nachricthen has suggested that Dortmund will only have to pay basic training compensation to sign Bellingham, potentially leaving Birmingham significantly short of what they could have ordinarily sold him for.

The 16-year-old is still too young to sign a professional contract, which leaves Birmingham vulnerable if he poached as a free agent at the end of his scholarship terms. Rules regarding compensation are usually much tougher on domestic transfers than international. 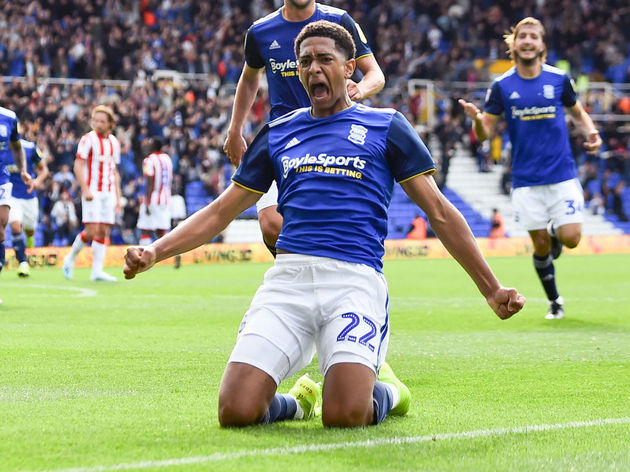 90min first revealed in January that Birmingham had been keen to resist any offers for Bellingham. His family are on board with the idea of staying as it means regular first-team game time, which is an important consideration if he is to move on.

If Dortmund is his chosen destination, he may not get first-team football straightaway, but there is already a clear path that has been forged by Jadon Sancho, who moved to Germany from England aged 17 and was a regular starter by 18.

Raul Tomas: Espanyol CEO hints at possible transfer amid Real Madrid and Bayern linksChelsea close to Barcelona agreement for Frenkie de Jong - Man Utd not yet given upJosip Juranovic: Chelsea keen on Croatian who is also on Man Utd's radar