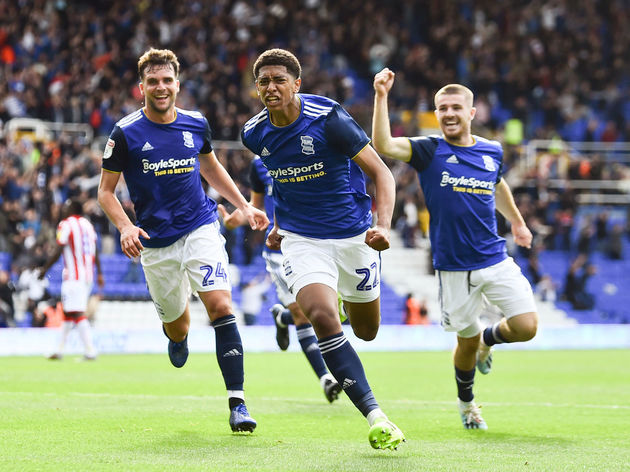 Bellingham, who is already part of England's Under-17 side, has gone on to make four appearances this season under

He’s done it again! #JudeBellingham scores for Birmingham City at Charlton at 16 years and two months old. Something about this young lad and his maturity on and off field that points to a big future. Captain and leader of England U-17’s. Fantastic to see 

Bellingham scored his first senior goal against the Potters shortly after Lukas Jutkiewicz's equaliser, although the 16-year-old needed a slice of luck as his long-range effort took a wicked deflection which wrong-footed Adam Federici.

There wasn't any luck about Bellingham's second career goal the next week, however, as he rounded off a nice move with a confident right-footed finish from the centre of the box on his first start in the Championship against Charlton Athletic.