Odion Ighalo Has Been Really Good for Manchester United - No, Seriously

​Make no mistake about it, Manchester United should never have allowed themselves to be in a situation where it was necessary to sign Odion Ighalo on loan from Shanghai Shenhua. That was entirely the result of poor planning and incompetent recruitment.

But it has absolutely nothing to do with the player himself, with Ighalo so far performing admirably and doing everything he has needed to justify his arrival. 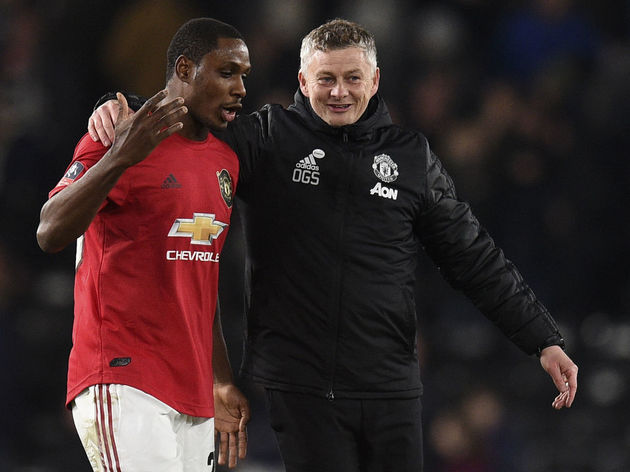 Ighalo is living a lifelong dream as a United player. He followed the team growing up in Nigeria and recently cited treble winning strikers Andrew Cole and Dwight Yorke as his favourite players. No one can begrudge him anything that is currently happening to him and chances are he will be remembered at Old Trafford as a cult hero in a similar vein to Henrik Larsson.

His move to United was met with laughter by critics and rival fans, but he doesn’t care.

“As long as my teammates, the boss and the fans believe in me, I just have to keep going. I don’t care what people say outside,” Ighalo told BT Sport after Thursday’s cup tie against Derby.

"There's no way Jesse is claiming that!"

"As long as my teammates believe in me, I have to keep going."

Thursday night saw Ighalo score his second and third United goals, with a poacher’s brace putting the Rams to the sword in the fifth round of the FA Cup. There was nothing particularly special about the strikes, both of which he put away in a crowded penalty area, but the fact that he was able to clinically take them is enough for a club that just needs to win games.

The 30-year-old netted his first United goal last week against Club Brugge and could even have had a debut goal against Chelsea within minutes of coming off the bench, but for a decent save.

Ighalo is eminently functional. It describes both his shock arrival and his impact since.

Both before and after facing Derby, manager Ole Gunnar Solskjaer described Ighalo as a ‘different type of striker’. United didn’t have a penalty area striker before he arrived, with Anthony Martial, Marcus Rashford and Mason Greenwood more rounded forwards that drift positions. 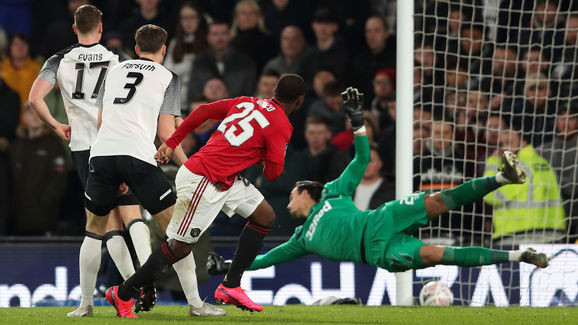 The Nigerian international gives this United team something they don’t otherwise have, a bit like Michael Owen did when he surprisingly joined on a free transfer in 2009. He is a penalty box player that won’t contribute a great deal to overall play, but if chances come his way, he can take them.

Talk of a permanent signing is premature at this moment in time. Solskjaer ever a diplomat, hasn’t ruled it out when quizzed by the media – he was first asked about it before Ighalo had even kicked a ball – but he has also stopped well short of anything concrete the other way.

The club should already have at least one eye on the summer transfer window and how the squad can be improved ahead of bigger ambitions next season, with Ighalo certainly not a long-term solution even if he does end up earning a two-year contract, say.

But, for now, let’s just see how this goes.