United wrapped up the signing while Ighalo while was still in China, with the 30-year-old Nigerian only physically arriving in Manchester in the last few days.

Despite registering initial interest a day earlier, it wasn’t until there were only around eight hours left of the transfer window when United made their formal approach. That came at 11pm in Shanghai and Ighalo stayed up through to get everything done.

“At 11pm in Shanghai, my agent called me [to say] that United want to do the deal, so I woke up that night and started looking for a translator to go to the directors' room and hit his door and all that,” Ighalo explained to United's website.

“I didn’t sleep throughout that night, because [the transfer window] was going to end at 7am, Shanghai time. So, from 11pm, there was paperwork [and] negotiating for the loan deal, so we are talking and other teams are calling [Shanghai], wanting me, but I told my agent that this is what I want. I want to come [to United].” 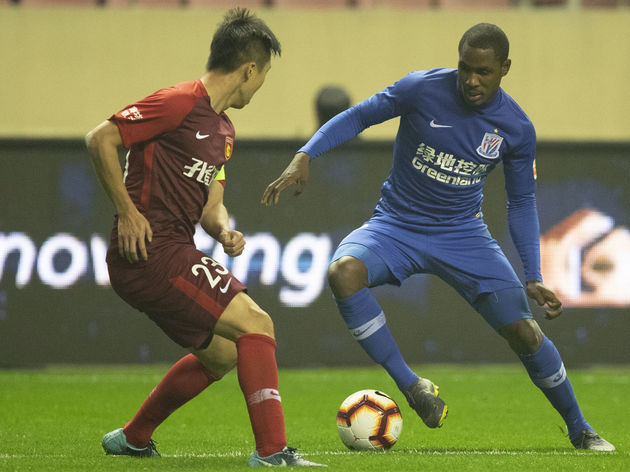 On a bumper contract in China, Ighalo has accepted a pay cut to join United. But he says he doesn’t care about that because of just how much he wanted to make the deal happen.

"My agent started putting it in order,” he continued, "and, at 5am, we finished. My agent said he’d forwarded all the papers to United, they will confirm for me if everything is okay. I think, around 5am-6am, he said everything is okay, it’s done.”

Ighalo is already known a boyhood United fan, having followed the club and the Premier League back home in Nigeria when he was growing up. To sign has genuinely been a dream come true for him, and his personal excitement will immediately endear him to supporters.

“When we were young back in Nigeria we used to watch the Premier League on TV a lot, when the likes of Andy Cole used to play, and Dwight Yorke,” the player recalled.

“People support Man United a lot in Nigeria, so I developed that love, because all of my siblings, they are Man United fans. I never thought this was going to happen, but dreams do come true. I’m very happy to be here and this is going to be a big and good challenge for me in my career.”