Due to a combination of the Europe-wide lockdown and the fact their squad is in exemplary shape, Liverpool transfer stories have been few and far between over the last few weeks.

Even Timo Werner has taken a back seat, as the Reds put all negotiations over contract extensions and incoming deals ​on hold for the time being.

But while we're not crystal clear on what the Anfield recruitment plans actually are, in comparison to other clubs across the continent who are planning major rebuilds, we do have one or two nuggets of information to go on.

Liverpool are eyeing up Sevilla defender Diego Carlos this summer, viewing him as a potential partner for Van Dijk that can stay consistently healthy.

The Brazilian has a £65m release clause in his contract. [ABC Sevilla] pic.twitter.com/Ohg68vUZlI

And one of the bigger ones, as 90min reported back in February, is that Liverpool ​are interested in freshening up their central defensive options, and could offload one of Dejan Lovren or Joel Matip to replace them with a younger model.

One such name that has frequently been touted is Sevilla defender Diego Carlos. The Brazilian has been mightily impressive in his debut season in ​La Liga since arriving from Nantes, and the £13.5m they paid to sign him now looks a snip on his sell-on value.

If he is to leave Andalusia so soon after arriving, he says it will have to be to a 'much bigger club.' Cue ​Liverpool fans...

“I am clear that coming to Sevilla is already taking a very big step," he said, when asked about Liverpool's interest, as quoted by ​Estadio Deportivo. "If I ever leave Sevilla, it would be to go to a much bigger club, because Sevilla is already a great [club]. 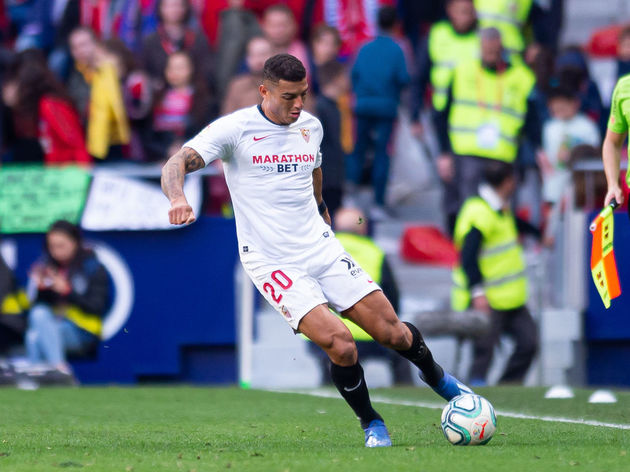 “I always tell him that, if he is going to tell me something, then it [must] be something firm. He should not come to me with stories, because I must have my head in Sevilla. I don’t want those things to cause me a distraction.”

So, definitive, right? Nah, not really.

There was a little more clarity on the front of Alessandro Bastoni, the ​Inter defender who is another reported target. It might not have been the clarity those of a Liverpool persuasion are looking for, however, as the 20-year-old vehemently dismissed claims he could leave Milan.

“I have always said it, it’s a dream come true for me to wear this shirt,” ​Bastoni revealed during an Inter fans Q&A on Instagram.

“I care about this club and I want to win things here. In ten years I still see myself at Inter, with some trophies in the cabinet and maybe the captaincy.”