Jurgen Klopp's side have been heavily linked with Werner, who is vastly more affordable than the likes of Kylian Mbappe and Jadon Sancho - as well as someone slightly less profile and therefore a better fit for the squad rotation any new player would be expected to be a part of.

Werner himself has even spoken glowingly about Liverpool in recent weeks. “I know Liverpool is the best team in the moment in the world. When you’re linked with that team it makes me very proud,” he stated after Leipzig faced Tottenham in the Champions League in February.

But the Daily Mail reports that Liverpool have decided against working on any deals while there is still so much uncertainty surrounding the summer transfer window. The Reds will only resume activities once there is more clarity on the situation.

With domestic league seasons not expected to resume before June and likely to be played throughout summer, there is not yet an indication of when the transfer window will be open, how long it will be open for and whether many financially hit clubs will have a full budget.

Georginio Wijnaldum is thought to be the player most affected by a halt on contract negotiations, with the Dutch international the only regular starter not to have relatively recently signed a new long-term deal. His current terms are due to expire in the summer of 2021. 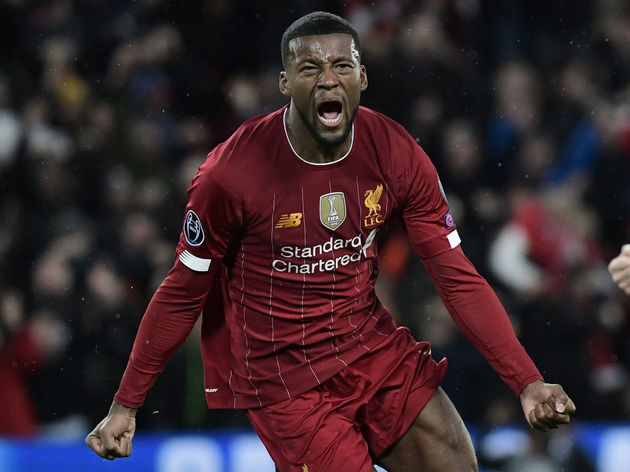 Liverpool played in the last big game to go ahead in England before the football calendar was halted because of the coronavirus pandemic, hosting Atletico Madrid at a packed Anfield on 11 March.

Now, the city council’s director of public health Matthew Ashton has suggested in hindsight that allowing the game to go ahead as normal could have been a major mistake that contributed to the spread of the virus in the Merseyside area.

As many as 3,000 away fans from Madrid, which had already become a centre for the spread of the virus, were at Anfield for the game. Other fixtures across Europe were already being played behind closed doors at that time.

“It was not the right decision to stage the match,” Ashton told The Guardian. “People don’t make bad decisions on purpose – perhaps the seriousness of the situation wasn’t being understood across government at that time.

“Although we will never know, the Atletico Madrid game could have been one of the cultural events and gatherings that influenced the rise in Liverpool. It is definitely one to be included on the list for learning and for a future inquiry, so that organisations can learn and not make similar mistakes.”