Jürgen Klopp is said to be in the market for centre-back reinforcements this summer, with backup required for first choice partnership Virgil van Dijk and Joe Gomez. Dejan Lovren’s turbulent spell on Merseyside appears to be due to come to an end this summer, having spent six years at Anfield. 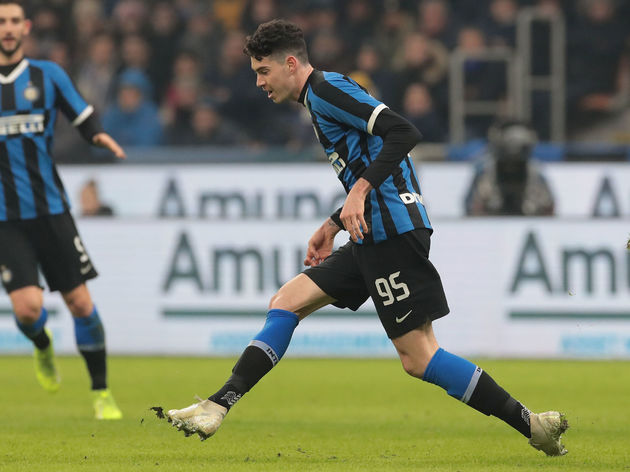 Klopp has reportedly taken an interest in 20-year-old Bastoni, with RB Leipzig’s Dayot Upamecano and Atletico Madrid’s Jose Maria Gimenez also said to be on the ​Liverpool boss’ radar.

However, it appears Klopp’s wishlist may have already been trimmed, with Bastoni confirming via social media that he has no interest in leaving San Siro.

“I have always said it, it’s a dream come true for me to wear this shirt,” Bastoni revealed during an Inter fans Q&A on Instagram. “I have bonded with all my teammates and my current roommate is [Milan] Skriniar. Inter is my home.

“I care about this club and I want to win things here. In ten years I still see myself at Inter, with some trophies in the cabinet and maybe the captaincy.”

Bastoni arrived at ​Inter following a move from fellow Italian side Atalanta in 2017. Having spent last season on loan at Parma, the youngster has found himself a regular in the Inter set up this season, making 14 ​Serie A appearances.

With the Italy Under-21 starlet seeming set to remain at San Siro, Liverpool’s attentions may be forced to turn elsewhere.

Their focus could now turn to RB Leipzig man Upamecano, who is reported by ​BILD to have become unsettled at the transfer speculation, and is said to have handed in a transfer request.