Liverpool's Transfer Plans - State of Play Ahead of Summer 2020

To the surprise of absolutely no-one, except a few perma-raging Twitter eggs, Liverpool had a quiet January.

The £7.25m arrival of Japan international Takumi Minamino was wrapped up even before ​the opening of the transfer window, while Rhian Brewster joined Swansea on loan. And that was it.

Even the myriad gossip columns, normally awash with tales of big-money 'swoops' for flavour-of-the-month strikers, failed to get much traction around ​Liverpool. This dearth of transfer window #content even led to a micro-saga involving a move for one of Arsenal's club doctors. ​Really. At Anfield, everything seems just settled as it is. No-one appears to want out (why would they?) and there's not really room for anyone else in the team right now.

But what about summer? Liverpool are likely (very likely) to enter the next ​transfer window as champions of England for the first time in 30 years, while the demand for a playing squad that can and will continue to compete in Europe as well in the Premier League has never been higher. ​the new Nike partnership

What positions will Liverpool strengthen?

Don't expect another summer like 2018. The major renovation work on Jurgen Klopp's Liverpool has already been done now and any newcomers will likely be to fill gaps or add extra competition.

A source has told 90min that, ​specifically, the Reds could look to sign a young centre back to act as fourth choice, with one of Dejan Lovren or Joel Matip possibly open to leaving. central midfielder

However, as pointed out by ​Melissa Reddy in the Independent this week, the other player whose contract expires this summer - Nathaniel Clyne - probably won't be replaced with a new face, owing to the steadily impressive rise of 18-year-old right back Neco Williams.

Left back may be another area the Reds investigate, after missing out on 19-year-old Sam McCallum who joined Norwich last month.

Liverpool's strategy remains to buy smart and only in areas that will actually improve the squad. As Reddy puts it, the Reds will continue to be 'responsible' in the market, rather than buying for the sake of getting in a star name. Being Premier League champions, European champions or a Nike club won't change that.

This sentiment is pretty much echoed by Klopp himself, who - speaking in a press conference ahead of the recent win over Southampton - gave some insight into how the summer might go for Liverpool, pointing to the possibility of promoting from within rather than spending big.

"We just prepare potential situations, that’s how it is," Klopp said

It bodes well for Williams, as well as Harvey Elliott, Curtis Jones, Rhian Brewster and the rest.

Who are their targets?

The 21-year-old fits the typical hard-running, intelligent, box-to-box profile of a Jurgen Klopp midfielder and could plausibly be seen as a direct replacement for Lallana, or even cover for defensive lynchpin Fabinho.

The 6'1 Texan - who has six goals in 19 appearances for the USA senior side - has also played at the back for Schalke this season and his versatility - with James Milner not getting any younger - could be another major plus.

However, he is likely to be just one of many players on Liverpool's radar.

Meanwhile, though clearly not a centre back or a midfielder, Ousmane Dembele is a player that Jurgen Klopp has long liked. Should he become available for a reasonable price, Liverpool may be tempted to make a move. The France international has ​struggled with fitness in his two-and-a-half seasons at Barcelona and his future remains up in the air. Liverpool are not really keen on making it rain for marquee names...although they do have the wallet to do so.

The main point remains that with Roberto Firmino, Mohamed Salah and Sadio Mane all locked down, happy and firing, there just isn't room/need for another big attacking name for £100m+.

David Ornstein of The Athletic recently explained that the Reds strategy, headed by Michael Edwards, will be

The transfer guru journalist made the pertinent point that the likes of Salah and Mane weren't established superstars when they first arrived at Anfield and the Reds intend to keep sourcing players on a similar upward trajectory, rather than established names.

In addition, 90min understands that

What about Kai Havertz or Timo Werner? 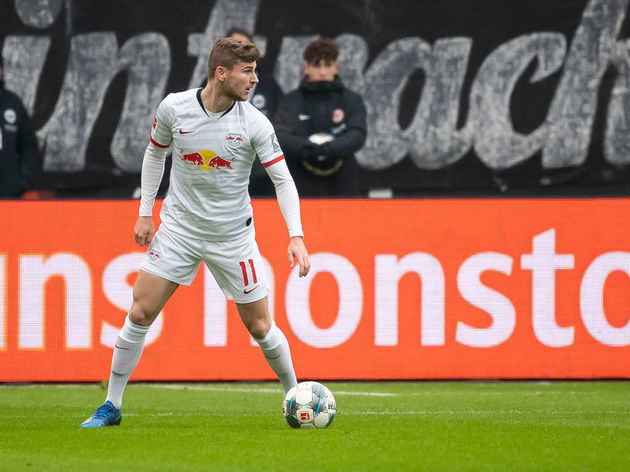 Havertz and Werner (like Dembele) might be slightly more realistic, if either is made available for a price that brings Liverpool to the table.

​Werner's continued kissy faces at the Premier League and Liverpool suggest he might be an option, though where exactly he even would fit into the side currently is unclear.

​Reddy claims that Leverkusen's valuation of Havertz, meanwhile, is near double Liverpool's own. Squad players Clyne and Lallana (who both started Klopp's first-ever game as Liverpool manager) are certain to leave upon expiry of their deals, while one of Lovren or Matip may be allowed to go and find consistent first-team football, with Joe Gomez once again Van Dijk's regular defensive partner.

Xherdan Shaqiri was linked with a move away from Anfield in January but was kept by Klopp, who wanted all options available to him going into the second half of the busy campaign. Talks over his future will likely restart this summer, with the Swiss star ​supposedly frustrated at his lack of playing time. The impressive Harry Wilson's future is another question mark, as he continues an eye-catching season at Bournemouth.

Beyond that, the squad appears remarkably stable as it is. While Salah has been earmarked as a potential future target by Real Madrid, he is their distant second choice to Mbappe...and Liverpool have no interest in selling the two-time Premier League Golden Boot winner anyway.

Basically, nobody leaves unless Liverpool want them to. It's a lovely position to be in after years of seeing stars walk out in search of silverware.