Aubameyang was a club record signing for the Gunners only a little over two years ago and has scored 61 goals in fewer than 100 appearances to date, yet it is now possible that the relationship between the two is ultimately just a short one. 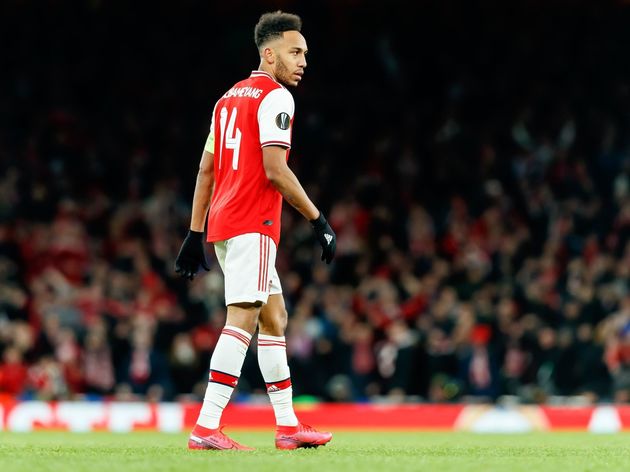 The 30-year-old Gabon international is only under contract in north London until June 2021 and 90min has been informed that Arsenal currently have no plans to engage in further contract talks. As such, they are considering trying to sell him before next season.

Aubameyang, who was promoted to the role of club captain five months ago when the armband was taken off Granit Xhaka, is expected to want a pay rise as part of any new deal. And with Arsenal already concerned about their finances amid the growing impact of the coronavirus crisis, offering improved terms is not something they are keen to do.

Arsenal are already trying to negotiate a pay cut with players to lower expenditure. Players have so far rejected a proposed 12.5% cut, which would have been on top of deductions of up to 25% that would come into play in the event of missing out on the Champions League again.

The club has since confirmed negotiations with the squad over pay are ongoing and the Athletic's David Ornstein revealed on Thursday that players are close to agreeing following intervention from head coach Mikel Arteta. Even before this crisis, senior official Josh Kroenke had previously warned Arsenal have a ‘Champions League wage bill on a Europa League budget’. Given the struggles on the pitch, the Gunners may not even have that Europa League budget to support them in 2020/21.

Parent company Kroenke Sports & Entertainment faces major potential losses, which could be up to $1bn in Los Angeles alone because building work on the SoFi Stadium complex has had to stop as a result of the pandemic. 90min has been told that while the impact may not be felt immediately, Arsenal’s American owners will not sanction any major outlays.

That will include pay rises and new contracts in order to keep costs under control. But the last thing Arsenal can also afford is a repeat of the Aaron Ramsey saga and lose Aubameyang as a free agent next year. That necessitates a sale to the highest bidder in the next transfer window. 90min revealed last month that Chelsea would be interested in signing Aubameyang. 90min has also been told Real Madrid consider him an option, although he is not the priority. Barcelona have been linked as well, while there has even been talk of possible Liverpool interest, owing to his time working under Jurgen Klopp at former club Borussia Dortmund.