Chelsea have entered the race to sign Pierre-Emerick Aubameyang, amid uncertainty over the striker's long-term future at London rivals Arsenal.

The Gabon​ international will be out of contract in summer 2021 as it stands, and as yet there has been little to no progress on an extension to his current deal. As a result, ​Arsenal are now prepared to sell him in the summer as they don't want to see him leave the club for free - the club has seen the likes of Aaron Ramsey depart for nothing in the past - and a source has confirmed to 90min that ​Chelsea are one of the teams who are interested in signing him.

​Barcelona are also monitoring ​Aubameyang's situation with a view to a summer bid but, as previously revealed, their priority is to ​strike a deal for Inter forward Lautaro Martínez.

There has also been interest in Aubameyang from ​Liverpool, who are on the lookout for more depth in attack this summer. Manager Jürgen Klopp is known to be a big fan from their time together at ​Borussia Dortmund, although the Reds appear to be focusing on RB Leipzig's Timo Werner. 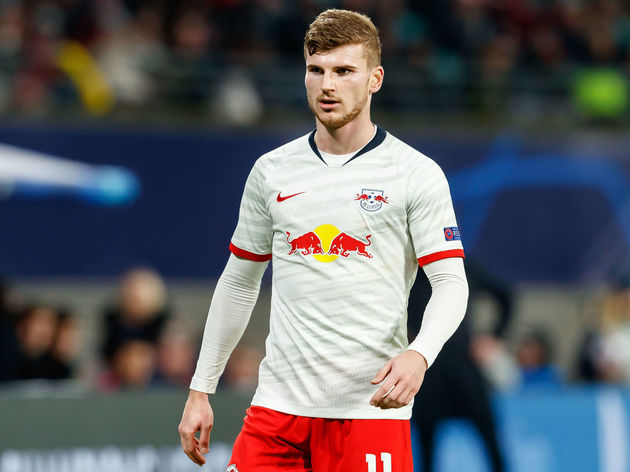 Like Liverpool, Chelsea have also been tracking Werner. However, with Liverpool leading the race for his signature, it has forced them to consider other options.

It has previously been confirmed to 90min that Chelsea have made finding a new striker one of their ​top priorities for the summer. Both ​Michy Batshuayi and ​Olivier Giroud could leave Stamford Bridge, and the Blues want a high-level replacement who could compete with Tammy Abraham for minutes.

Lyon's Moussa Dembélé is another option, and the French side are keen to convince Chelsea to pursue such a deal, but now Aubameyang has emerged as an alternative. Alongside a striker, Chelsea are also on the lookout for a new centre-back, left-back and goalkeeper, while they also want a new attacking midfielder - either a winger or a number 10.

One player who has been suggested to fill that wide role is Borussia Dortmund star Jadon Sancho, but the Blues are firmly behind ​Manchester United in pursuit of the England star.