Kane’s Spurs future has been the subject of much debate in recent weeks, which has largely been fuelled by the player himself refusing to rule out a possible transfer and explaining that he won’t simply stay ‘for the sake of it’ if he feels the club isn’t making progress. 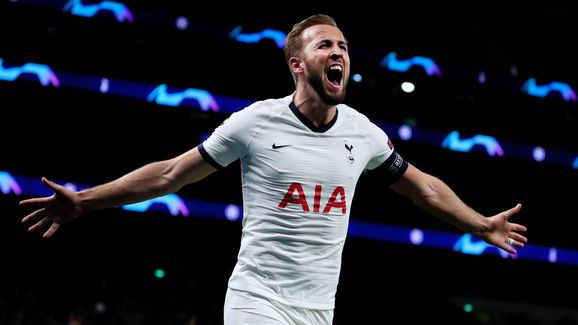 “I love Spurs, I’ll always love Spurs. But it’s one of those things - I’ve always said if I don’t feel we’re progressing as a team or going in the right direction, then I’m not someone to just stay there for the sake of it,” Kane commented on a recent social media live stream.

“I’m an ambitious player, I want to improve, I want to get better, I want to become one of the top, top players. It all depends on what happens as a team and how we progress as a team. So it’s not a definite I’m going to stay there forever - but it’s not a no either.”

90min was informed last month that Kane’s representatives are exploring options for a transfer and that Manchester City have established interest in the England captain. Manchester United are also interested and would consider an approach were Kane to come onto the market, although the club already has firm plans for other positions and it would require a major rethink.

But with Kane under contract until 2024, all the power is still with Spurs.

Ex-United captain turned Sky Sports pundit Gary Neville has claimed Kane knew exactly what he was doing when he addressed the importance of progress at Spurs.

“The best or most famous English/British player in the Premier League and Manchester United trying to sign that player,” he explained.

“In terms of Harry Kane…I did work with him with England and he’s a clever lad. He’s not somebody who I think would get caught out if he didn’t want to say something. The little opening of the door that he left was probably something that had something in it.”

"I don't think Harry Kane will be that impressed with his club."@GNev2 believes the #THFC striker may have been 'poking back' at the club when he opened the door on a possible exit.

Neville also went on to call Kane a ‘good lad’ and speculated the 26-year-old would have been unimpressed with Spurs’ conduct in furloughing non-playing staff during the coronavirus crisis - a decision ​which has now been reversed as a result of the public backlash.

A Daily Mail report over the weekend claimed that Spurs would sanction a transfer in the event of a £200m offer, alleging that chairman Daniel Levy has ‘made it clear’ Kane would be allowed to leave at the end of the season.

It was suggested by the Mail that any financial impact of the ongoing public health crisis could hit Spurs harder than most because of the cost of their new stadium. There is also a claim that Levy is ‘furious’ with Kane over recent comments that the 2019/20 season should be voided if it remains incomplete by the end of June – cancellation could potentially cost Spurs in particular as much as £83m in lost revenue in that worst-case scenario.

Tottenham have no interest in selling Harry Kane this summer. Not sure anyone will have £200m to spend tbh.

But despite the Mail’s claim, BBC Sport reporter Simon Stone has since tweeted that Spurs do not have any desire to part with Kane ahead of next season, adding that the current crisis will likely prohibit any club from making a £200m offer.

A BBC Sport report by the same journalist elaborates and explains that aside from not wanting to let Kane go, Spurs would also refuse to sell to a domestic rival.