Over the last five decades, Germany and the Netherlands have played out some of the most fiercely contested and enthralling matches the international game has ever seen.

In a fixture with the enmity between the two nations harking back to the events of the Second World War, the contest has often been played with an added edge and bite to proceedings which, when bodily fluids are not expelled, can lead to incredible spectacles.

​So, let's take a look at seven classic encounters in this storied rivalry. 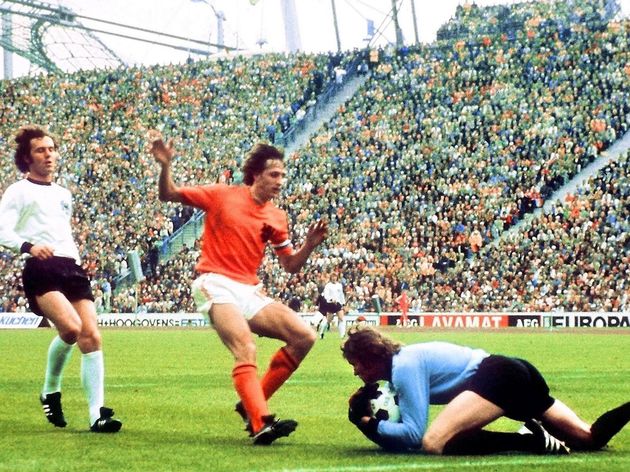 The 1974 World Cup final should have been the crowning moment for Johan Cruyff's Netherlands, who had left the wider world in awe of their stunning performances leading up to the showpiece in Munich.

Instead it would forever be known in Holland as the 'Lost Final'.

Perhaps the fates had been cast before the game had even started: The Dutch national team’s pre-match ritual at the tournament was to sing to a tape of Volendam rockers The Cats but on the day of the final the tape mysteriously vanished and they travelled to the match to the tune of David Bowie’s ‘Sorrow’.

Cruyff won a penalty which Johan Neeskens swiftly converted after a startling opening 120 seconds as West Germany were 1-0 down without touching the ball.

The myth goes that the Dutch wanted to toy with the Germans rather than search for a second as their brilliant midfielder Wim van Hanegem put it:

Yet West Germany converted a dubious penalty of their own to level after 25 minutes before the lethal ​Gerd Müller swept in their second to put the hosts ahead two minutes before half time.

When Müller swivelled to score what would prove to be the winning goal the Dutch commentator Herman Kuiphof, in shock, muttered a phrase which has become famous since: "Zijn we er toch nog ingetuind" ("They’ve tricked us again").

On this World Cup day, 1978. Córdoba, Argentina. #DieMannschaft were never quite on form, but should have beaten eventual finalists the Netherlands. 2-1 up with eight minutes left with goals from Rüdiger Abramczik and Dieter Müller, it finished 2-2. #Germany #WorldCup #DFB pic.twitter.com/lvzsFKPaIV

In a rematch of the previous tournament's final, ten players who had featured that day faced off again as the Netherlands met West Germany in the second group phase of the 1978 World Cup.

West Germany twice took the lead in each half but the Dutch pegged them back, scoring the first goals their opponents had conceded in the tournament up to that point.

Nanninga described the incident innocently enough: "He grabbed me by the nose so I pushed him." But Hölzenbein provided a slightly different account: "When the ref was looking away, he hit me in the stomach. For no reason! That's why I grabbed him."

Harald Schumacher of #Germany vs Johnny Rep of #Netherlands pic.twitter.com/kFjFxZdcmU

On a scorching day at Napoli's Stadio San Paolo, West Germany and the Netherlands met in the group stage of Euro 1980.

Fortuna Düsseldorf forward Klaus Allofs stole the show with a classic poacher's hat-trick - all within the 18-yard-box and his third cannoning off his knee.

The Netherlands pulled two back late on but the game's defining moment came when Harald Schumacher and Johnny Rep went up for a cross, and the Dutchman hit the keeper in the abdomen. Schumacher was so enraged that a sub had to be placed behind his goal to calm him down.

IMAGINE THAT HAPPENED THESE DAYS pic.twitter.com/tcX8iqtBiA

The Netherlands met West Germany again in the latter stages of a major competition and, like the World Cup final of 1974, on German soil. However, Holland's victory in the semi-final of the 1988 Euros acted as an exorcism of the demons created by the 'Lost Final' 14 years prior.

West Germany's captain Lothar Matthãus opened the scoring from the spot ten minutes into the second half before the Dutch equalised from the spot through Ronald Koeman with 15 minutes to go.

When Marco van Basten latched onto a through ball and hooked it past the outstretched Eike Immel to get the winner two minutes from time, t

The Germans were hit so hard by losing on home soil that they didn't leave the dressing room for half an hour after the final whistle.

Following Koeman’s less than subtle display two years earlier, the nations would meet again in the second round of the 1990 World Cup.

Half of the players voted in the top ten of the Ballon d’Or that year started the game which West Germany won 2-1, but the 90 minutes will be remembered for Frank Rijkaard’s spittle lodging not once but twice into Rudi Völler’s mullet.

In one of the most forgotten tournaments of recent years, Euro 1992, the Dutch produced possibly their best display against the Germans. With AC Milan trio Ruud Gullit, Rijkaard and Van Basten at their peak, the Netherlands played with cohesion and power while even a 23-year-old Dennis Bergkamp chipped in with a goal as the Dutch eased to a 3-1 win.

Both progressed through the group and when Germany won their semi-final the Dutch looked forward to again defeating their neighbours in search of a second continental prize. However, they took their focus off their own last-four clash with Denmark, losing on penalties.

Yet they could at least take some solace from the fact that Germany also fell foul of underestimating that Danish side - who only qualified for the tournament because Yugoslavia were forced to withdraw - and lost 2-0 in the final. 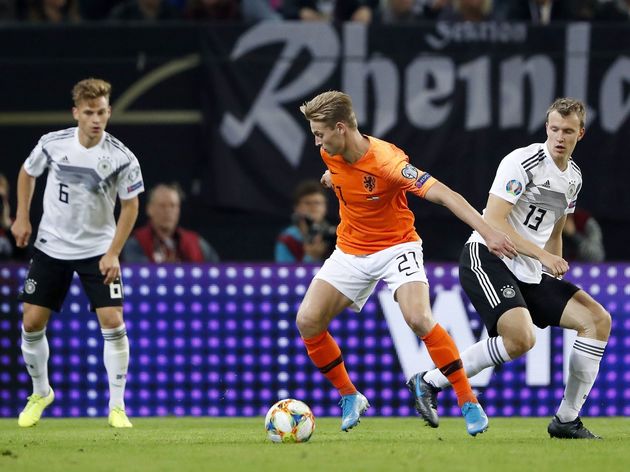 In a thrilling back-and-forth encounter between the nations in Euro 2020 qualifying, the Dutch took their revenge in Hamburg, the stage of their cathartic victory in 1988.

Germany seized the lead inside ten minutes but the Dutch produced a superb second-half display, going 2-1 up after 66 minutes.

A controversial Toni Kroos penalty only momentarily pegged them back as 20-year-old debutant Donyell Malen made it 3-2 before Georginio Wijnaldum sealed the result in added time, giving the Dutch their first victory on German soil since 2002.