Liverpool appear set to be awarded their first top-flight title in 30 years, even if the 2019/20 season cannot be finished on ​health grounds, with a meeting of the Premier League clubs agreeing not to void the campaign even in the 'worst-case scenario'.

Liverpool led the Premier League by 25 points (though Manchester City do have a game in hand) prior to the coronavirus-enforced hiatus, setting a number of records in pursuit of the title.

While Jurgen Klopp's side lost their first game of the campaign to Watford in February, they have won 27 out of 29 fixtures, with the only other points dropped away against Manchester United. Two more wins would have mathematically secured what would've been ​Liverpool's first title since the top flight's rebrand as the Premier League in 1992. However, the coronavirus pandemic and its impact on the football calendar have thrown it all into a cloud of doubt.

The first fixtures were cancelled ahead of gameweek 30, after Arsenal manager Mikel Arteta contracted COVID-19, with an initial resume date of April set.

However, following a meeting of the Premier League on Thursday, it is reported by the Telegraph that clubs are prepared to finish the campaign, and will fulfil fixtures behind closed doors if necessary.

Another suspension to English football... pic.twitter.com/I5qSKoGwBk

In the conference call involving all 20 clubs, it was decided that the season would be 'extended indefinitely', with the campaign likely to run deep into the summer if and when it can be resumed safely, after postponing all football in England until at least 30 April.

It is added that there is a 'strong expectation' the season will be finished. However - crucially for Reds fans - even if health grounds prevent that from happening, Liverpool would be crowned champions of a curtailed season rather than a 'null and void' one. This outcome is described as the 'worst-case scenario' by the Telegraph's report.

Earlier in the week, it was suggested that the ​Premier League faced the prospect of losing as much as £750m if the fixture list was not completed by 31 July, adding pressure to get matches played. UEFA, meanwhile, want European domestic seasons to be completed by 30 June, but the Telegraph's report notes that 'there may well be flexibility on that'.

Earlier in the week, the body's president ​Aleksander Ceferin hit back at 'fake news' that he had called for seasons to be curtailed, with titles handed to current leaders.

Ceferin said: “I’ve saw and heard some again fake news that UEFA will advise leagues to finish the championships now and decide that the winners are the ones who are number one now," Ceferin began. 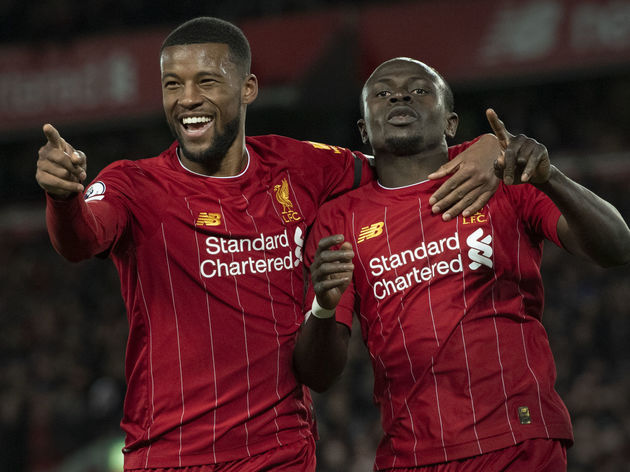 “I can say that it’s not true. Our goal is to finish the leagues and we didn’t recommend anything like that to any association or any league.”

While the Premier League may be postponed indefinitely, with Liverpool increasingly likely to made champions one way or another, what impact Thursday's meeting has on the FA Cup, other competitions, pre-season schedules and player contracts remain unclear, with these issues and more posing a litany of challenges still to be surmounted by football's governing bodies.