UEFA President Aleksander Ceferin ​has described reports that he wants all titles to be handed out to the current league leaders before completing the fixtures as 'fake news'.

The deadly coronavirus has brought a stop to football across the whole of Europe, with plenty of potential champions and relegation places still to be decided.

UEFA have responded by calling for all leagues to be finished by June 30 - but it's unclear whether the football calendar will recommence given the worrying spread of the disease. Plenty of countries have been robbed of exciting title races, but in England, the trophy looked certain to finally be heading to Anfield. And given Liverpool's almost unassailable 25-point lead over Manchester City, it has been suggested that the Premier League may be brought to a premature end, with the Reds being handed the title by default.

But UEFA chief Ceferin has rubbished those claims, describing them as 'fake news', and stressing that their ambition is 'to finish the leagues,' as quoted by ​The Mirror.

“I’ve saw and heard some again fake news that Uefa will advise leagues to finish the championships now and decide that the winners are the ones who are number one now," Ceferin began.

“I can say that it’s not true. Our goal is to finish the leagues and we didn’t recommend anything like that to any association or any league.” 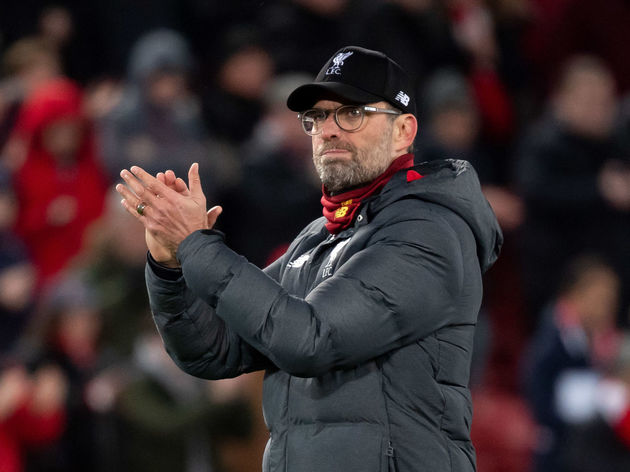 It would be a cruel end to a superb season for ​Liverpool, should Jurgen Klopp's men be denied the opportunity of winning their first Premier League title since its new creation. The Reds have lost only once in the top flight this campaign, and have been nailed on to win the league for many months.

But there are plenty of rumours swirling regarding how the season will be brought to a close, with some suggesting that the entire campaign should be considered null and void.

With so much at stake, it's difficult to see how the governing bodies will come to a fair compromise, in a way that pleases everyone.