​At a time in modern football where money dictates the game and league winners can sometimes be decided unfortunately early, relegation battles can often save the day for neutrals.

In England, the Premier League is as good as done, with leaders Liverpool boasting an immense 22 point lead over Manchester City.

But while at one end of the table a league can be settled, the other end can be an entirely different story.

A quick honourable mention to the EFL Championship and their current relegation zone, who don't quite make the list. While Luton and Barnsley seem down and out, there is a five-team scrap for the final relegation spot, including Huddersfield who face the risk of a second successive drop.

Last week, we put together a list ranking the title races across Europe's top leagues in the 2019/20 season. This time, we've turned it on its head; 90min have ranked the relegation battles in Europe's top five leagues based on how competitive, unpredictable and generally exciting they are. While for the first time in a number of years the top of the Serie A is proving interesting, with Juventus fighting with Inter and Lazio in a compelling title race, the same cannot be said for the bottom half of the table.

SPAL, who were promoted to the Serie A in 2017 amid previous financial crises, sit at the bottom of the Italian top-flight on just 15 points, while Serie B champions Brescia sit just one point ahead in 19th.

This leaves one spot up for grabs, currently occupied by Genoa, who narrowly avoided relegation last season thanks to the first half-season goals of Krzysztof Piątek, now of Hertha BSC.

They currently sit three points from safety, and are most likely the only ones with potential to mount a fight out of the final relegation place. The relegation battle in La Liga has potential to become more interesting as we enter the final stages of the season, but for now we have to keep it in a humble spot simply because the excitement elsewhere eclipses it currently.

All three sides occupying the relegation zone are tied on 18 points ahead of matchday 24, with Espanyol bottom on goal difference. It has been a disappointing but also unusual campaign for the Catalan club - a solid season in the 2018/19 campaign saw them finish in 7th place, securing a Europa League spot. They managed Barcelona to a 2-2 draw at home in January and face Wolves later this month, but have generally struggled to find consistency.

Elsewhere, very little separates Leganes and Mallorca, who sit in 19th and 18th respectively. The latter have struggled for away form in the league, and the former are still set to face both Mallorca and Espanyol.

Celta Vigo and Eibar are also at risk of falling into the battle, but for now we must wait and see what the tail end of the season brings. Norwich City hoped for a better showing upon their return to the Premier League when a rejuvenated side, led by Daniel Farke, won the EFL Championship in 2018/19.

Unfortunately for them however, things haven't quite gone their way. Teemu Pukki, who set the Championship alight when signing on a free transfer last season, hasn't found the same form in the top-flight and has failed to score in open play since mid-December.

Ahead of Norwich, ​Watford sit 19th and are slowly improving under new head coach Nigel Pearson. He replaced the returning Quique Sanches Flores, who managed just 10 games before being sacked after his appointment in September. The Hornets remain level with ​West Ham, with both clubs just one from safety on 24 points.

The Hammers have endured another disappointing campaign, seeing manager Manuel Pellegrini replaced by David Moyes, who guided them to safety in the 2017/18 season.

While Norwich may be down and out, the final two spots remain up for grabs. ​Crystal Palace sit in 14th, and are only 6 points off the drop zone, meaning that several teams are still in serious danger.

Newcomers ​Aston Villa must continue to get the best out of Jack Grealish should they wish to stay up, and Eddie Howe must turn around a below-par season for ​Bournemouth. 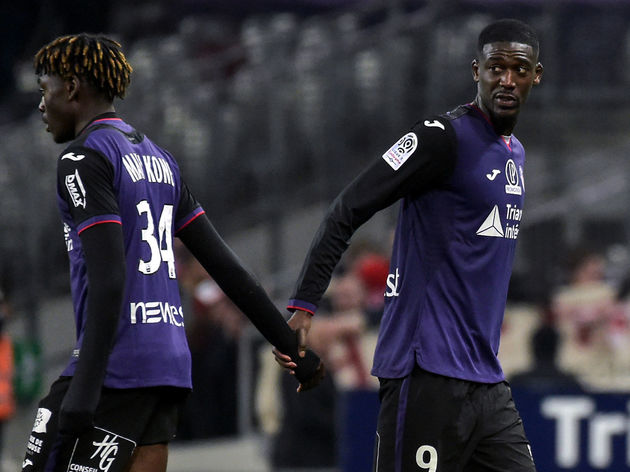 While the top of Ligue 1 is as unbalanced as ever, the other end of the table is looking far more interesting.

Re-introduced in 2016, the team who finishes 18th in Ligue 1 are not confirmed as relegated - instead they play a two-legged tie against whoever finishes third in Ligue 2.

This sensational idea takes the already existing drama of relegation, and multiplies it infinitely. What adds to this is the fact that only six points separate positions 18th to 13th, meaning that six teams have to worry about a potential relegation playoff, while Amiens in 19th also fight their way out of the scrap.

Nîmes, who are currently 18th, have won four games on the bounce, while 15th-placed Saint-Étienne have lost three in a row and are being dragged into the mix. Ligue 1 was incredibly close to taking the top spot, but unfortunately for them the Bundesliga comes out the winner, and they also have a relegation playoff.

Currently, Paderborn sit in last place on 16 points, but after winning two of their last five games, they only find themselves five points off the playoff. Werder Bremen and Fortuna Düsseldorf sit level on 17 points, with the latter currently occupying the playoff spot.

Both teams have only won one in their last five, meaning that the pressure to quickly obtain results is on. While Fortuna may currently hold the slight advantage, Werder recently defeated Borussia Dortmund in the DFB Pokal, which could be a huge confidence boost.

Ahead of the relegation spots, Mainz are also struggling for form and are just three points ahead of Fortuna. With just 13 games to play and the level of football in the German top-flight being higher than France, it makes for a slightly more interesting finish.