That’s right, in all competitions in 2019/20, Rashford, Martial and Greenwood have scored more combined goals than Sadio Mane, Mohamed Salah, and Roberto Firmino. When Greenwood scored United’s fourth goal against Norwich last weekend, it took the trio’s collective tally for the season to 39. Martial scored United’s third goal that day, while Rashford netted the first two, one either side of half-time.

Roberto Firmino scored the only goal as Liverpool beat Tottenham later that day. But that solitary strike from the Brazilian only took the collective tally for himself, Salah and Mane to 38.

Rashford is United’s top scorer this season with 19 in all competitions. The home-grown star still struggles with inconsistency at times, but he’s already smashed his previous best (13) goal record in a single season with several months of the campaign still to play.

As many as 14 of his goals have come in the Premier League and only Jamie Vardy has scored more in what is surprisingly an English-dominated Golden Boot race. Martial has scored 11 for United in all competitions, with eight of those in the Premier League. Back in his favoured number nine shirt, the Frenchman was missed earlier in the season when he was out for eight games with injury. His tally could perhaps be more had he stayed fit and now that he has fully returned to sharpness, he has four across his last four league games.

Greenwood, meanwhile, has scored nine goals in all competitions so far this season. The 18-year-old has scored four times in the Premier League since the end of November alone, all as a substitute, and is among the Europa League’s top scorers.

Recently crowned 2019 African Footballer of the Year, Mane is the leading goalscorer over at Anfield on 15 for the season in all competitions. He has 11 in the Premier League and two in the Champions League, as well as two from the UEFA Super Cup back in August. 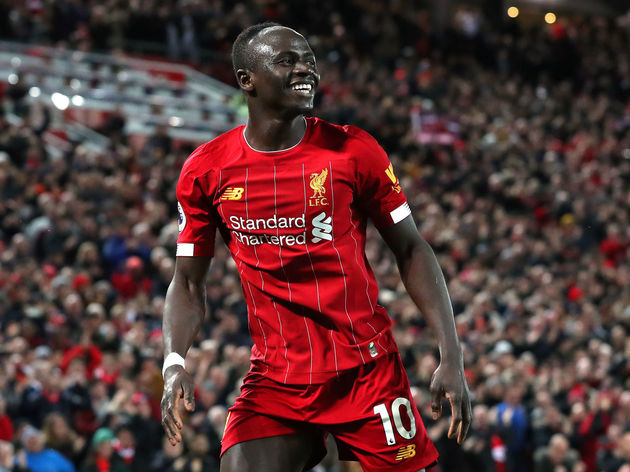 Mane’s Premier League tally is currently half that which won him a share of the Golden Boot last season, a prize he split with Salah. The Egyptian has 10 in the Premier League and four in the Champions League to give him a tally of 14 goals in all competitions.

Firmino is yet to hit double figures and, like Greenwood, has nine goals to his name.

Where the Liverpool forwards do rank much higher is assists and general creativity. As a combined unit, Mane, Salah and Firmino have managed 25 assists in all competitions. In that respect, Rashford, Martial and Greenwood lag somewhat behind on only 12. United have a long way to go before they can match this Liverpool side, but there are still certain aspects of the squad that are very promising indeed.