Borussia Dortmund will not allow Jadon Sancho to leave in the upcoming January transfer window, with the winger continuing to be linked with numerous European giants.

Sancho scored 12 times and provided 14 assists in 34 league games in 2018/19, earning himself a place in the Bundesliga Team of the Season.

The Englishman has continued to shine this season, having already scored nine times and provided nine assists in his 15 league appearances so far.

Team of the Week for the Man of the Hour ️gbeng pic.twitter.com/mAB2rwHd5t

As a result of Sancho's outstanding displays, numerous top sides from across Europe have shown significant interest in the player. ​Manchester United

​90min learned back in September

​conflicting reports suggest that the Bundesliga giants would settle for around £25m less than that.

The latest development in this ongoing story comes from ​Bild, who report that Dortmund will not be sanctioning any move for Sancho in the upcoming winter window. Despite the ever-growing interest in the 19-year-old, BVB are adamant that he will see out the season in Germany at the very least.

Dortmund's stance follows claims that Chelsea are 'close' to agreeing a deal, now that their transfer ban has been lifted by the Court of Arbitration for Sport (CAS). This follows a report under two weeks ago that suggested ​Liverpool were also 'monitoring' Sancho's situation, with the financial muscle available to Jurgen Klopp should be wish to make a bid. 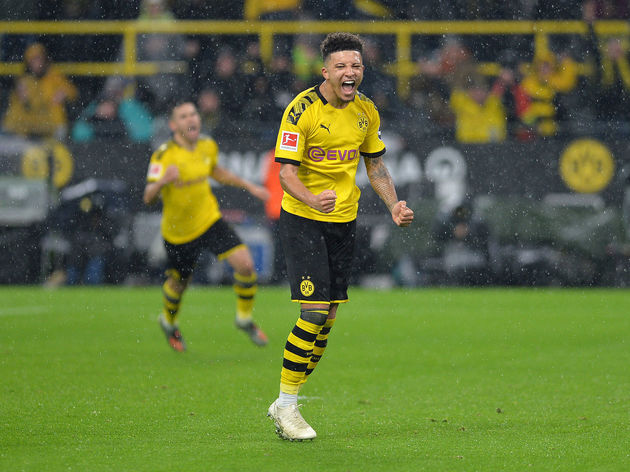 ​keen to bring in a replacement​also said to have

What to believe is always tricky in these ongoing sagas, but one thing is definitely true - Sancho is a wanted man, and Dortmund have one hell of a fight on their hands to keep hold of him.