​Borussia Dortmund have slapped a £127m price tag on Jadon Sancho, in a bid to fend off a flurry of interest from Premier League sides.

Last season the English teenage sensation netted 12 league goals and chipped in with a further 14 assists to see his stock skyrocket, catching the gaze of clubs across the continent.

Sancho has been told he MUST stay till summer at least. So NO January- move possible.
“Goals/assists/wins”

I understand Liverpool still on, but gone a bit colder after Dortmund has been let it known that they want 127 million pounds for the player

While sides across Europe have been touted with an interest, the most likely destinations come from the ​Premier League, with the​Liverpool​Manchester United​Chelsea

Should that valuation be met by Liverpool, it would be a staggering ​Dortmund

Top game vs a very strong side, disappointed to only come away with a point! @BVB another ⚽️ n assist 
Hopefully everything should be ok with my leg  pic.twitter.com/2f18ywaEQ1

Naturally Dortmund would be keen to retain the services of a player of his calibre and the valuation, if it is to be believed as such, would aid them in their cause. At present, Liverpool already possess one of the best attacking lineups in Europe and such lavish spending would be an exuberant act on their part for someone who would struggle to dislodge Mohamed Salah, Roberto Firmino or Sadio Mane in the front three.

That leaves Chelsea and United, who are the only two of the three linked ​Premier League clubs who could afford such a hefty price tag. The latter, however, may be stunted in their efforts due to the current plight the club find themselves in, having won just six of their 17 top-flight clashes this season. 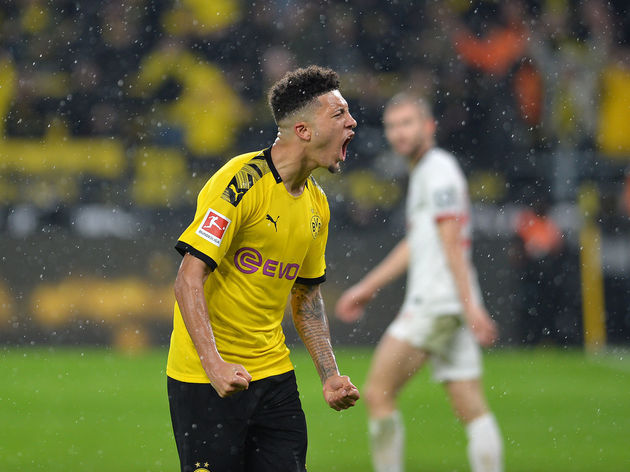 That said, ​90min understands that United are 'confident' in securing Sancho's signature in 2020, and are willing to pay whatever fee necessary.

Meanwhile, the Blues do have a reported £150m transfer budget to splash in the coming windows, but they too are not assured of a top four place this season. Given Dortmund's regular appearance in the competition, Sancho may be unwilling to sacrifice top level European football for a side not challenging among the continent's elite.