Frank Lampard has issued updates on the injury issues facing his side ahead of Saturday's Premier League fixture with Crystal Palace, saying that midfielder Ruben Loftus-Cheek will remain out for a 'while'.

The 23-year-old was injured in a friendly with New England Revolution shortly before the Europa League final in May, and hasn't yet featured under Lampard, who has reinvigorated Chelsea since taking charge in the summer.

He is expected to play big part once he recovers from his Achilles injury, but while the player ​said last month that his return is expected 'soon', Lampard is more cautious in his assessment. 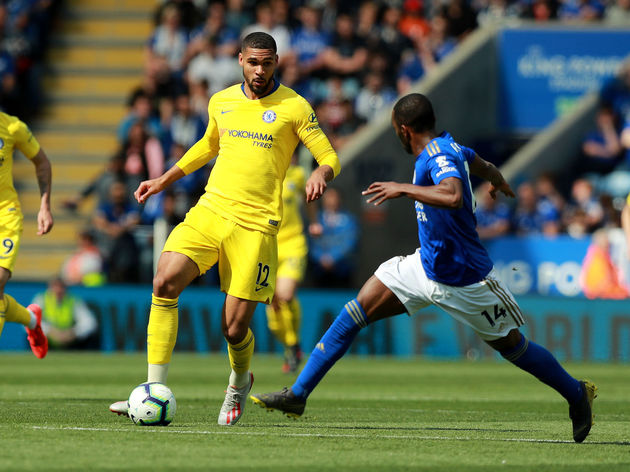 "It's a long road, it's going to be a while," he said in his press conference, as quoted by ​football.london. "I feel for him, he might say next week or month but it might not be the case."

Elsewhere in the squad, injury news was a mixed bag. Mason Mount is expected to recover from a minor knock in time to face ​Palace, while Ross Barkley and Antonio

"Ross is not in the squad tomorrow, he has an ongoing issue," Lampard went on. "Mason is in the squad, we will give him another 24 hours and make a call on that. ​ Lampard spoke hours after being named the ​Premier League's manager of the month for October, a reward earned by leading the Blues to three straight wins to lift them into the top four.

Speaking on the award, the 41-year-old said he was 'proud' to pip the likes of

"I'm proud, I appreciate it. It's a really nice award to win against a very good competition. I respect the other managers, I appreciate that.

"It's a good time to thank the people at this club, there are people behind the scenes, my staff and the players who deserve credit."