For rookie Lampard, the prestigious award marks only his third month as a Premier League manager after being appointed by Chelsea in July following a single season at Derby County in the Championship.

Lampard has also been hamstrung by a transfer ban in his first season in the top flight, which has seen the three-time Premier League champion hand chances to a number of home-grown young players. His faith has been repaid by the results

Part of a wider run of five consecutive league wins before and since, Chelsea won all three of their Premier League games they played in October and scored nine goals in the process.

Lampard’s side thrashed Southampton 4-1 away from home to start the month, with Tammy Abraham and Mason Mount both getting on the scoresheet. That was followed by a 1-0 win and a clean sheet against Newcastle, before scoring four more against Burnley. In the latter game, Christian Pulisic scored a hat-trick. The American, although a £58m signing last season, is another young player finding his feet under Lampard.

Abraham and Mount have particularly thrived, both earning senior international call-ups for England this season as a result. Abraham has scored nine Premier League goals under Lampard, with only October Player of the Month Jamie Vardy scoring more in the whole division.

“Winning an individual award like this is the perfect time to appreciate the close staff who have worked so hard since pre-season and the players, as they are the ones who go out and perform,” Lampard told the Premier League’s official website. 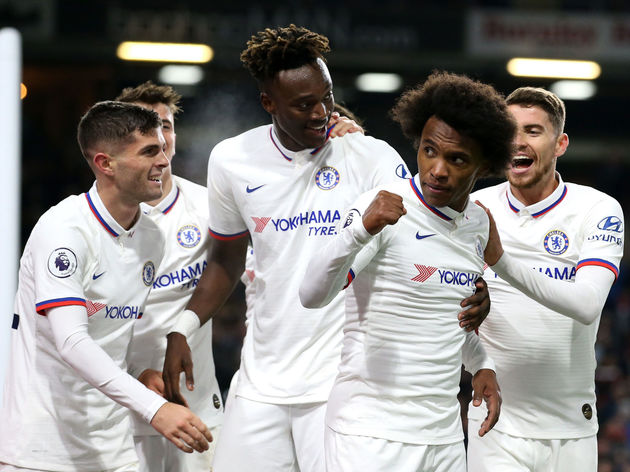 “I am delighted for everybody,” he added. “Out of the Premier League games we played in October, the one away against Burnley was the highlight because of the way we were so dominant in our performance and it is a very tough place to go.”

Lampard is the first English coach to win Premier League Manager of the Month since Bournemouth boss Eddie Howe in October 2018.