Haaland, son of former Leeds and Manchester City midfielder Alf-Inge, has made waves with his goalscoring feats this season, particularly in the Champions League.

He is top scorer in the competition with six goals, twice as many as Kylian Mbappe and Mohamed Salah, and has 21 goals in 14 appearances in all competitions. 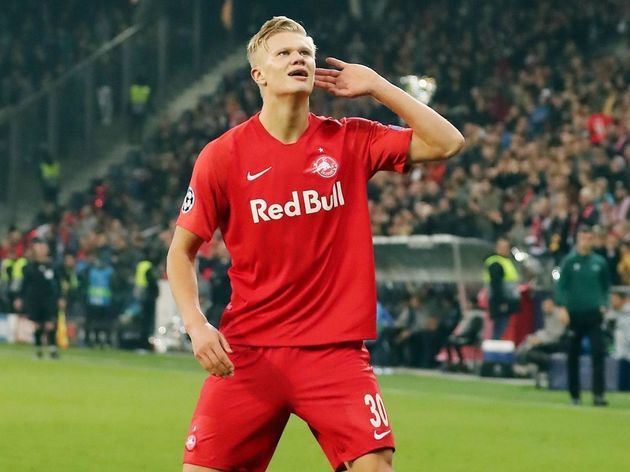 90min revealed last month that 15 clubs from the ​Premier League alone were watching Haaland when he put Genk to the sword with a ​Champions League hat-trick.

But the more interesting part of the Guardian’s story is that suitors are set to be disappointed if they believe they can land Haaland in January. That is because Salzburg are now expected to bide their time and wait until summer when they hope to earn in excess of €60m. 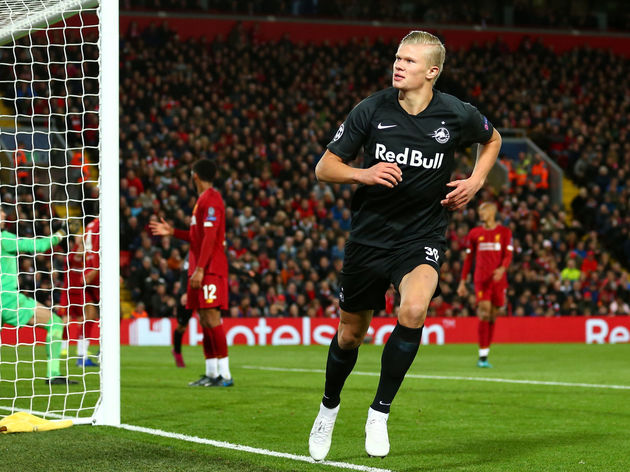 The Guardian explain that Napoli made contact with Haaland’s representatives ‘before and after’ he announced himself against Genk. But they were told ‘nothing will happen before the end of the season’, at which point Salzburg will name their price and let the bidding start.

Juventus were apparently prepared to pay €6m in summer, before Haaland​Nicolo Schira

Manchester United have been particularly linked with Haaland, who 90min exclusively reported in October is one of the three Norwegian prospects the club is tracking this season. There is added intrigue because Ole Gunnar Solskjaer formerly managed the player at Molde. But the rest of Europe’s elite will still fancy their chances. Barcelona, for example, are rumoured to have shelved interest in Neymar because finding a ‘number nine’ who can be a long-term replacement for Luis Suarez is a more pressing need. Haaland could be that solution.

Haaland himself appears refreshingly focused on playing and has dubbed the transfer rumours about his future ‘'f***ing boring’ in recent weeks.