Manchester City will have pay a nine-figure fee to sign out-of-favour Real Madrid star Isco, according to reports.

Isco has played an increasingly peripheral role at the Bernabeu since Santiago Solari took charge. He hasn't started any of Real's last six La Liga matches and didn't even make it off the bench in their narrow win over Rayo Vallecano last weekend. 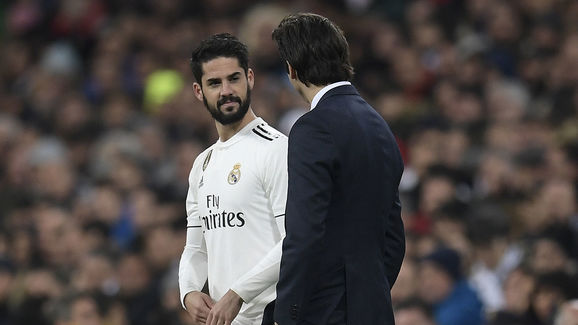 ​AS claims that ​Isco could be offered an escape from his current situation by ​Manchester City, who have reportedly sounded the player out via an intermediary.

And consider the fact that the whole De Jong/De Ligt situation (plus legit Neves/Ndombele interest) shows where City’s priorities lie in the market. And they want a quality new left-back, too. Not sure there’s room in the budget for a £100m player who doesn’t play those roles

Lee claims that a defensive midfielder is a higher priority for City, with Frenkie de Jong and Tanguy Ndombele on their shortlist, while they are also in the market for a left back.