Sergio Ramos has penned a classy and heartfelt message to departing Barcelona star Andres Iniesta after the midfielder gifted his national compatriot his last Clásico shirt following the ​2-2  draw on Sunday.

The long time international teammates put their domestic rivalries to the side as they each made a touching tribute to one another over the weekend.

​​Iniesta - who made his final appearance against Real Madrid last week - elected not to keep the special token from the game and instead handed it over to his colleague with a special message, and Ramos then took to social media to share a picture and return the kind words. 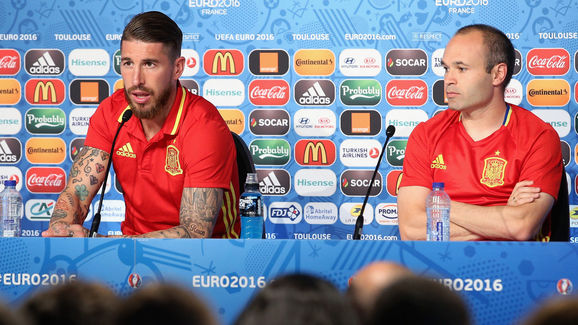 ​joked about facing Iniesta as rivals once again