​Juventus and Torino are, in almost every way, polar opposites.

Juventus are a highly-decorated, elite and forward-thinking club with fans worldwide. They are currently undergoing the best period in their history - having won eight consecutive Serie A titles - and boast perhaps the world's greatest footballer in Cristiano Ronaldo, among a host of other world-class players.

They're also one of the few Italian clubs to privately own their stadium, having moved into the ultra-modern Juventus Stadium in 2011 - built on the site of the widely unpopular Stadio delle Alpi (which Juventus and Torino shared), which existed for less than 20 years before Juve opted to demolish it. La Vecchia Signora have always been a symbol of the upper-class - they were founded by a group of students from a prestigious Turinese school and have been owned by the aristocratic Agnelli family (the founders of FIAT) for most of their history. Even their name - the fact that it is a Latin word - gives connotations of elitism and sophistication.

They draw the majority of their fanbase from southern Italy and Sicily, not Turin, usually selling out their away trips to those regions because of this. This is in stark contrast to their cross-city rivals Torino, whose fanbase is almost exclusively from Turin.

Torino were once one of Italy's elite clubs, but now have a reputation for being a solid, top-half side who harbour dreams of qualifying for the Europa League. Like a lot of big ​Serie A clubs, Torino have had financial problems, spells outside the top-flight and even faced the ignominy of bankruptcy in the mid-2000s. They play in a council-owned, former Olympic-style stadium built during the Fascist era, which they shared with Juventus for large parts of their history before La Vecchia Signora moved on to their own bigger stadium.

Having undergone a major renovation in 2006, it's actually one of Italy's more modern looking grounds, but still retains a more authentic feel than the Juventus Stadium.

I Granata are seen to be more of a working-class club, whose supporters are immensely proud of the fact that the club bears the name of their city, and who also strongly feel that they are the only club in Turin who truly represents it. They were formed in the early 20th century as a result of a merger between a group of ​Juventus dissidents and another football club in Turin, setting in motion the heated rivalry between Juve and Torino.

The first Derby della Mole - named after an iconic building in central Turin - was played in 1907, where Torino ran out as 2-1 winners. I Granata were the dominant Turinese side prior to the formation of Serie A in 1929, winning 14 out of the 25 derbies they and Juve contested. Things began to change after 1929, however. Juventus' five consecutive title wins between 1931 and 1935 coincided with Torino falling from title contenders to mid-table obscurity. This difference in quality was represented through the results in the Derby della Mole, where Torino failed to win a single match in nearly seven years.

Then came Ferruccio Novo. Novo took over Torino as president in 1939 and completely changed the culture of the club, opting to implement a more English style of management, with great success. His I Granata side, known as Grande Torino, won five consecutive Scudettos between 1942 and 1949. This dominance was reflected in the Derby della Mole, with Torino winning eight out of 16 derbies in this period compared to Juve's three.

Sadly, a plane crash in 1949 killed the entirety of the Grande Torino team. Subsequently, I Granata experienced a sharp decline as Juve began to win titles again. Between 1949 and 1973, La Vecchia Signora would win the majority of derbies, in addition to winning the league eight times. Juventus dominated Serie A through much of the 70s, winning five titles during this period, but Torino were a regular thorn in their side, a stain on their superb record. La Vecchia Signora failed to win a single Derby della Mole between 1973 and 1979, with Torino once again finding themselves among Italy's elite, even winning a Scudetto in 1976.

That's about as good as it got for Torino, who would never dominate Juve in the same way ever again. As Juventus continued to have success in both Italy and Europe through the 80s, 90s and 2000s, Torino began to have financial problems, and became something of a yo-yo side between the late 90s and early 2010s, experiencing bankruptcy in 2005 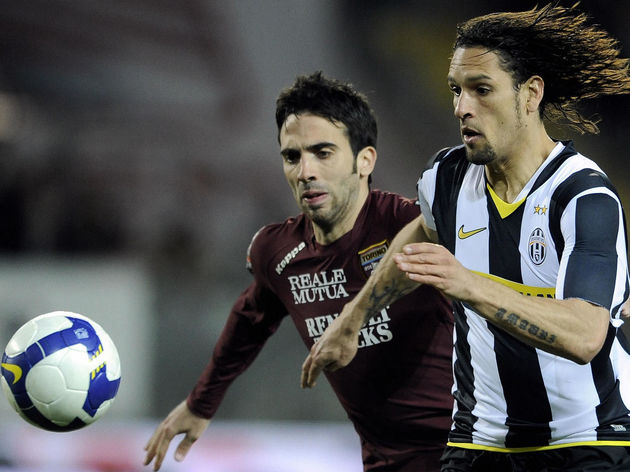 Torino are now once again an established Serie A side, but have yet to be able to recapture the kind of form they had prior to their decline in the 90s. Meanwhile, Juventus, who took advantage of the Milan clubs' decline in the early 2010s, are now by far the most dominant team in Italy. As such, the gulf in quality between the Turinese clubs is now clear for all to see, with Torino winning just one match in 25 years.

As a result of this, the Derby della Mole has diminished in importance, with the Derby d'Italia between Juventus and ​Inter usually taking more precedence. However, the hate between Juve and Torino is still as present as it always was, and - as can happen with such bitter rivalries - sometimes passions are taken too far. Most supporters, as with most football matches, are well-behaved and the majority of insults are nothing more than a good ribbing, with Torino supporters calling Juve fans "uglier than a car" (also a slight dig at FIAT) or poking fun at Antonio Conte's hair, for example.

It would be stretch to call this derby a fiercely contested match, but for the atmosphere and history behind it alone, it ranks as one of Italy's most important derbies.