How Would Jimmy Grimble Look if it Was Made Today?

There's Only One ​Jimmy Grimble is a classic football underdog story in movie form. It follows football-loving teenager Jimmy, bullied at school for being shy, scrawny and supporting Manchester City, as he transforms from a nervous bench warmer to the star of the school team thanks to a pair of "magic boots".

It comes complete with a banging soundtrack and stars Ray Winstone as a northern heart throb - because magic boots weren't far fetched enough.

The film was released in 2000, and Lewis McKenzie who plays Jimmy is now nearly 40, which is quite frankly insane. In the 20 years since There's Only One Jimmy Grimble came out, the Manchester football scene has changed drastically.

In the original film, Jimmy ​is a social outcast because he supports ​Manchester City in a school ruled by ​Manchester United fans. The year was 2000, and this was pre-Sheikh Mansour, pre-Pep Guardiola and pre-any sort of success comparable to their neighbours.

The club had just recorded bak-to-back promotions, and were preparing to play in the Premier League for the first time in four years in the 2000/01 season. United meanwhile were reining league champions, and had completed the treble the season before.

In 2020, supporting Manchester City is no longer a source of ridicule. To be honest, they're pretty good.

In the remake of the film, Jimmy would have to support a much less glamorous Greater Manchester side to keep up the pretence of him being an outsider.

Jimmy would turn up to the school football team trials in a retro Shefki Kuqi shirt from the 2011/12 season, worships David Wheater, and dreams of one day being able to grace the Boundary Park turf.

In the original, Jimmy is a tidy little footballer, but is crippled with anxiety. However, this all disappears when a mysterious old woman gifts him some old football boots that are genuine antiques​, and suddenly the shackles are off and Jimmy's true footballing ability shines through.

In the 2020 remake, the mysterious old woman would present Jimmy with a pair of gold Nike Total 90s from 2006.

More importantly, she also would give him a sports psychology session. A little bit of goal setting, a little bit of imagery, and Jimmy's anxieties would melt away.

As this is 2020 and the stigma surrounding mental health in football is eroding away, thanks to the terrific work she did with Jimmy's nerves, the mysterious old woman would then be employed as the school football team's sports psychologist.

In the original, Jimmy's hard as nails midfield teammate is simply known as 'Psycho'. No first name, no last name, just Psycho.

The newly instated sports psychologist would have an absolute field day analysing him. After a couple of sports psychology sessions, Psycho would actually turn out to be a right softie.

He eventually gives up football as a he longer needs an outlet to channel his anger, and instead pursues a career in poetry.

Jimmy's PE teacher and coach of the school team is Eric Wirral. Played by

Jimmy Grimble, what a film! pic.twitter.com/iITbgJMpzj

In the film, Jimmy's magic boots are stolen on cup final day by Gordon, the enemy of the piece, leaving Jimmy's nerves and anxieties to come flooding back.

He has a shocker of a first half, and is about to be taken off at half time, before his mum's boyfriend Harry (northern Ray Winstone) intervenes with a pep talk. 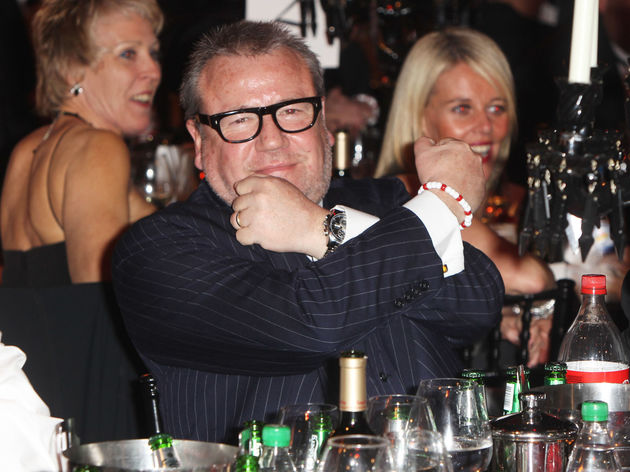 In the remake, Ray Winstone would just play himself, and instead of comforting Jimmy, he would offer him some tasty in play odds.

Jimmy turns in around in the end, scoring one and setting up two to seal victory in the cup final. His match winning performance catches the eye of scouts from both Manchester United and City, and despite United being the dominant force in English football at the time, Grimble chooses his beloved City.

In the 2020 remake, both United and City would offer him a place in their youth setup, but with City now also a footballing power house, neither scout would be used to getting a no.

There’s only one Jimmy Grimble! Every true @ManCity fan must love this movie! #CTWD pic.twitter.com/rl5ZGxZvki

After plenty of deliberation, Jimmy tells the scouts: "I'm going to choose the blue half of Manchester."

"You've made the right call, son."

"Oh no, not you mate," Grimble replies. "I've seen what's happened to Phil Foden, I'm not sitting on the bench for the next five years of my life. I did that enough at the start of the film."

"But you said you were signing for the blue half of Manchester?"

Oldham manager Dino Maamria emerges from the shadows, and the pair walk off into the sunset together, plotting Latics' League Two promotion push for next season.