​Liverpool are closely tracking Lille midfielder Boubakary Soumaré, with the French club braced for a bidding war from a selection of Europe's top clubs this summer.

The 21-year-old French starlet has become one of Europe's hottest properties in recent months, with Real Madrid, Manchester United, Chelsea and even Newcastle among those linked.

According to ​SPORT, Jurgen Klopp is 'in love' with ​the exciting French midfield starlet, while the report adds that ​Liverpool actually made an approach for the player last summer. It is said that Liverpool began negotiating with Les Dogues over a prospective ​transfer in summer 2019 but the deal didn't go through as Soumaré decided to stay in Ligue 1 for another year. The Reds are, however, still 'closely tracking' the player with a view to a future bid.

Since then, the young star - who has made 20 appearances this season - has picked up a host of other suitors.

Real Madrid president Florentino Pérez is said to be a fan, as he and

While SPORT note that Premier League rivals Chelsea and Man Utd are also taking notice, more surprising is the interest of Newcastle United. The Magpies were shock suitors for Soumaré in January and even came close to reaching a deal before the player decided to stay put. ​Recent reports say that Steve Bruce's side are refusing to give up in the transfer battle, despite competition from bigger clubs like Madrid and Liverpool.

Prior to the coronavirus-enforced footballing hiatus, 21-year-old Soumaré had been forced to settle for more places on the Lille bench of late, which SPORT suggest may strengthen his resolve to leave this summer.

Any sale of the France Under-21 international - whose contract runs until 2022 - will likely result in another big windfall for Lille, following last summer's sale of Nicolas Pépé to ​Arsenal for £72m. 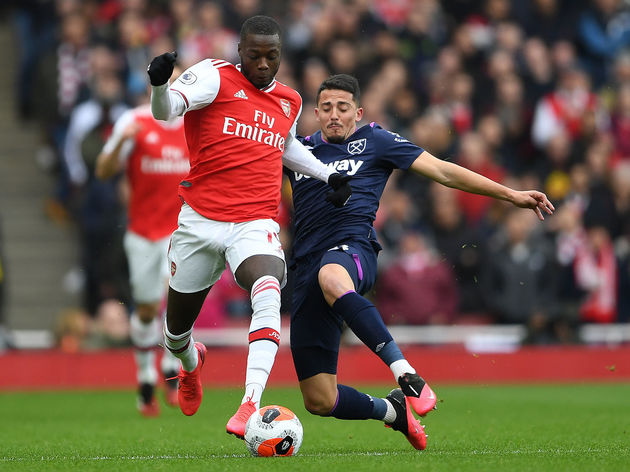 SPORT's article puts the former PSG youth team player's price tag at around (£35m) but concede that the current climate may affect that valuation.

Liverpool are reported to have put transfer plans on hold for the time being, as a result of the coronavirus pandemic.