Lille midfielder Boubakary Soumaré is a wanted man. The 21-year-old has established himself as one of the most exciting youngsters in France, and plenty of top sides have taken notice.

Manchester United, Chelsea, Liverpool and Newcastle have all been linked with Soumaré, while Real Madrid have also been touted as a potential suitor. That sounds like a bidding war waiting to happen, and we're all for it.

Here are seven things you need to know about Soumaré. Right, let's start with the obvious point. Soumaré is massive.

Standing at 6'2, Soumaré also boasts the muscle to really make that physicality count. It's no surprise then that he has been compared to the likes of ​Paul Po​gba or Yaya Touré.

He is excellent at using his body to his advantage. Soumaré gets in between attackers and the ball, and simply challenges them to get round him. When they inevitably can't, he just waltzes away with the ball.​ When players become so physical, they often lose a lot of grace from their game, but not Soumaré.

Comfortable with the ball at his feet, Soumaré can pick a pass or dribble forward, and he's deceptively quick and agile. Defenders struggle to dispossess him as they can't catch him, and if they do, they then can't overpower him.

​He's by no means ​Lionel Messi, but comparisons to Pogba are fair. He's physical, but with a real sense of technical ability.

He Has Always Been a Wanted Man 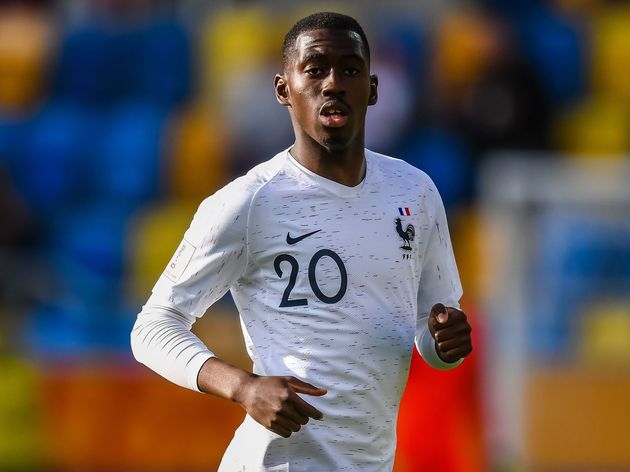 Name any club in Europe, and they've probably been touted as suitors for Soumaré in the past.

​Manchester City, ​Borussia Dortmund and ​Tottenham have all been linked with the 21-year-old, while ​Wolves failed with a big-money bid to sign him last summer.

Teams are aware of his potential, and most are ready to act on it. If he does hit the market this summer, the queue for his signature will be enormous.​ He goes out of his way to avoid having the cameras on him, which would almost certainly be a problem if he sealed a high-profile move to the ​Premier League.

Lille Have Huge Expectations for Him Lille have a great track record of producing some outstanding talents, and they truly believe that Soumaré could be the next global superstar to leave the club.

Manager Christophe Galtier told La Voix du Nord that he believes Soumaré is playing at 40% of his potential, despite also describing him as "a complete player".

The club are certain that Soumaré is destined for greatness, and it appears as though scouts from around the globe would agree.​

He Needs to Step Up Defensively One of the downsides of Soumaré's game is that, for a defensive midfielder, he's not exactly great at defending.

That could be down to his role on the pitch. Soumaré plays more as a box-to-box midfielder, so his physicality and stamina are his two biggest assets. He's a competent defender and is very reliable when it comes to tackling, but it's his awareness of when a tackle is necessary which is the problem.

​He isn't the greatest for sniffing out danger, so he would likely benefit from playing alongside a real midfield anchor. That would give Soumaré the freedom to work his magic elsewhere, so everyone wins.

He's Confident in His Abilities Having come through the Paris Saint-Germain academy, Soumaré has had some fantastic training. However, in 2017, he felt as though he was ready for first-team minutes, but PSG didn't agree.

Instead of sticking around in the reserves or going out on loan, Soumaré opted to push for a permanent exit to a club who truly believed in him, and he found that in Lille.

Some may call it arrogance, but others will call it confidence. He knew he had what it took to make it, and he's proved it.