​Marcus Thuram's in the best form of his career, so it's little surprise to see the

This latest rumour, whether credible or not, actually

He Plays Up to the Crowd This might be a bit superficial for most fans, but Thuram's personality will make him an instant hit in the north-west.

He's almost always got a smile on his face on the pitch, but it's after the full-time whistle where Thuram really comes into his own, celebrating in front of Gladbach's fans by putting his shirt on the corner flag and lifting it high in the air.

He's got 'Kop favourite' written all over him.

He Can Play in 2 Key Positions Most of Liverpool's targets ahead of the summer transfer window have centred around adding a new striker, but signing Thuram would actually kill two birds with one stone.

Since moving to Germany last year, Thuram has made 18 appearances through the middle - either on his own or alongside 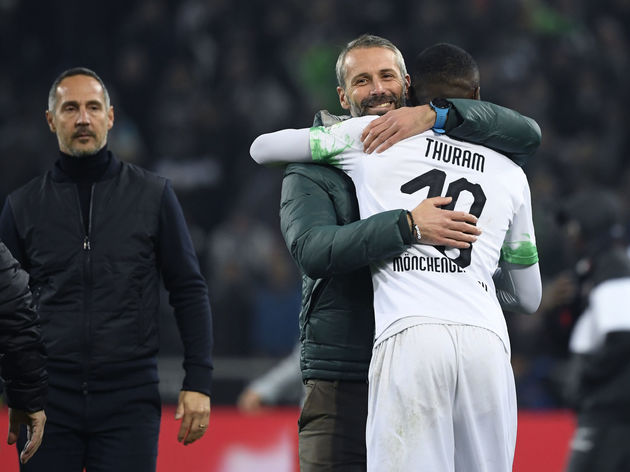 He Defends From the Front Liverpool are known the world over for their attacking capabilities, but an understated part of Klopp's system is using his attacking players to actually start their press, winning the ball back higher up the pitch. Borussia Mönchengladbach and Liverpool might be two completely different sides, but they actually use the same areas of the pitch to attack their opponents.

Klopp's side have spent 37% of their time attacking down the left-wing this season, with the exact same amount down the right-wing and just 26% through the middle.

He's Scoring a Variety of Goals Based on Thuram's highlight reel, you wouldn't know he's right-footed. For all the attacking players Liverpool have been linked with ahead of the summer transfer window, no one would bring such a new dimension to Klopp's attack quite like Thuram.

Timo Werner might be the bigger name, but Thuram is capable of being just as direct as the German superstar, while always possessing a physical presence that defenders simply hate to play against.