This week alone we've had Juventus offering up ​£55m plus either Paulo Dybala or Miralem Pjanic, before another report claimed Manchester United could land Antoine Griezmann from Barcelona - but ​only if Pogba stays at Old Trafford.

But if you still haven't had your fill, fear not, we've got another apparent development to wrap your brain around, so strap yourself in for some wild, reckless transfer speculation to help guide you through these trying times.

• Juve offer Ramsey in Pogba deal
• Chelsea + Everton bid €35m for Gabriel
• Could there be no transfer window at all?
• COVID19 epidemic=takeovers on the cheap?
• Premier League to be declared null + void?
• No title for Liverpool?
• Hero + Ashleyhttps://t.co/oJ54Wqrj4u pic.twitter.com/YPvtlyZYkZ

This time it's claimed by the ​Transfer Window Podcast's Ian McGarry that Juventus are once again offering up another player in a bid to keep the Pogba price tag down, but it's not Pjanic or Dybala on the table this time around - it's former Arsenal star ​Aaron Ramsey.

McGarry alleges that ​Juventus have proposed the idea, and though there's no word on whether ​United are open to the offer, it's said that Ole Gunnar Solskjaer is 'keen' on the Wales midfielder. “It’s also my understanding that Ole Gunnar Solskjaer is keen on Ramsey, likes him very much, a player in his prime.”

United being linked with Ramsey is nothing new, of course. Cast your mind back as far as the 2018/19 season, when his contract was about to enter its final six months, the Red Devils were reported as ​one of many (many) clubs competing with his signature.

United being interested, then, is hardly a stretch in itself, and neither is it crazy to suggest Juventus would be keen to offload him to recruit Pogba. Maurizio Sarri's side have a wealth of high-earning midfielders, the aforementioned Pjanic joining Ramsey, Blaise Matuidi, Rodrigo Bentancur, Adrien Rabiot and Sami Khedira in the first team.

One or more of those are likely to be moved on if indeed Pogba is brought back for a second spell, and although Ramsey has dramatically improved after a slow start - turning in a match-winning performance against Inter before the coronavirus-enforced break - he could still be deemed dispensable in the presence of Pogba. 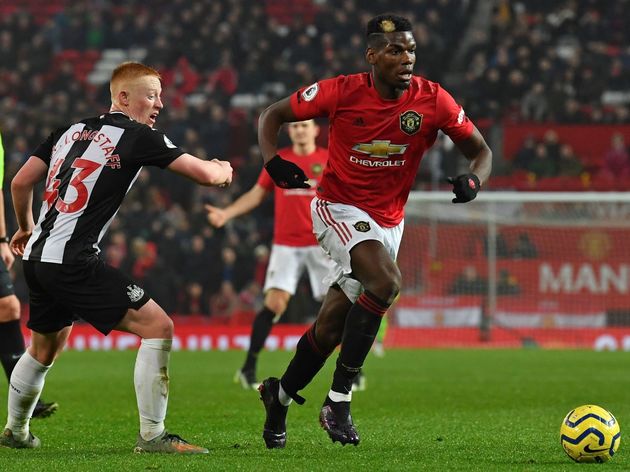 But while it's far from the most irrational rumour you'll read, there are a lot of moving parts. It's unclear if Ramsey would want a move back to England just as his career in Turin is getting off the ground, while his salary demands - though likely a good deal less than the Frenchman's - would take some consideration by United, especially given his injury track record.

On top of all that, there is the price to consider. United are thought to be demanding a fee of around £100m in cash for Pogba's services, and if the two sides vary over Ramsey's value - which they are likely to, despite the fact Juve signed him for free last summer - then the cash value of the deal will require a good deal of negotiation.

It's not the most outlandish rumour you'll hear, but let's leave a pin in this one for now.