​We're bored in isolation. A little pick-me-up in any form is greatly appreciated, wherever it comes from. Well, be thankful, because your daily chuckle is mere moments away.

Indeed, one report has claimed that Manchester United might be able to sign Antoine Griezmann in the summer if Paul Pogba stays. So much nonsense, so many questions.

What is true, is that the Red Devils have previously held interest in the French striker. He was linked with a move just shy of the £90m mark a few seasons back, but it never materialised and both parties moved on. There you go.

Well, according to Julien Laurens, ​United could be in with a chance as they are apparently due to reignite their interest this summer.

"The thing that could appeal for him to go to Manchester United is Paul Pogba," he told ​ESPN.

So, firstly, let's start with the obvious: Manchester United are not going to sign Griezmann. Not now, not tomorrow, not this summer, not next summer, never. ​Barcelona spent ages acquiring his signature for a fee of £107m, and he's spent less than one season at Camp Nou. It ain't happening.

Granted, he hasn't hit the ground running as anticipated, but still, they won't want to sell him now, and he doesn't want to leave. One player isn't going to change that - even if him and Pogba are BFF's 4 Lyf.

Laurens does touch on the fact that ​Pogba actually has to be there, though. His relationship with the club and the fans worsens by the day, and it's no secret he wants out of Old Trafford as soon as possible. But still, even if he was there, that is hardly going to be the deal breaker to make a transfer happen, is it?

Furthermore, Griezmann does not fit the profile of player United want. They're in the market for young, British talent, not a 29-year-old Griezmann who would cost an absolute fortune and has no plans on playing in England.

Sure, Laurens does state that the Pogba-Griezmann link is the only way any transfer could happen, and that he'd be 'amazed' if any deal were to be brokered. However, it's clutching at straws to suggest there is even a modicum of possibility this could happen. 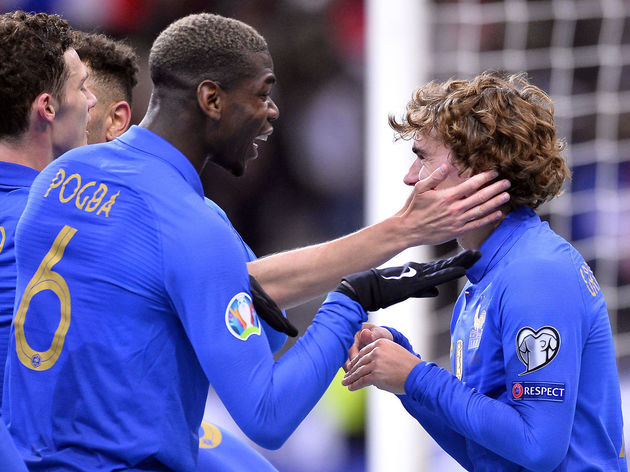 With so many variables needing to fall into place, just enjoy your daily dose of transfer tripe, and move on.