Manchester United remain one of the greatest football clubs in the world, with a rich history and countless top players turning out at Old Trafford over the years.

The club has several iconic shirts and many others that have been made famous by certain individuals.

Here's a look at the best player to wear every single Manchester United shirt number from one all the way up to 27... Edwin van der Sar was arguably technically better and more consistent, but Schmeichel had a real 'wow' factor during eight years at Old Trafford, even helping to redefine the art of modern goalkeeping in the early and mid-1990s. Neville made the most of limited natural talent and achieved much of what he did off the back of extreme hard work and graft. He inherited the number two shirt from Paul Parker in 1996 and kept it for 15 years until he retired in 2011. Byrne was perhaps the original Busby babe in the early 1950s. The full-back was made captain as that golden generation really took off in 1955, winning back-to-back league titles, but was tragically among those killed in the Munich air disaster aged 28. 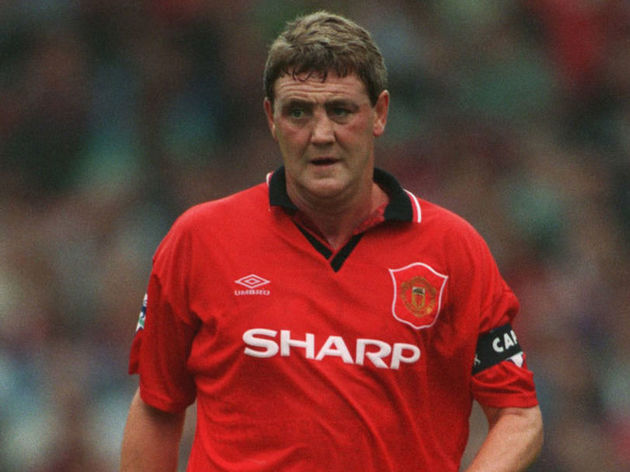 Bruce arrived at a crucial time in United history, bridging the gap from the 1980s to the 1990s as Alex Ferguson oversaw an era-defining rebuild at Old Trafford. During the 1990/91 season, the centre-back even scored 19 goals in all competitions. Proving to be worth every penny of the British record transfer fee United paid to sign him in 2002, Ferdinand won 10 major trophies and played over 450 games in the club’s most concentrated period of success. He initially wore number six when he first arrived. Edwards had his career and life cruelly cut short at the age of just 21 when he died as a result of injuries suffered in the Munich air disaster. He had already played over 170 times for United by then and was a star in the making at international level as well. United’s single most famous shirt is the number seven and it has been worn by several true legends of the club. George Best, despite also often wearing 11 in his career, just about eclipses them all. He famously wore seven throughout the 1967/68 European Cup winning season. Although he ultimately came into his very best form in a different jersey, Rooney first donned the number eight when he joined United in 2004. The teenager scored a hat-trick on his debut and was wearing eight on his back when he won his first Premier League title. United’s greatest ever player, Charlton often wore eight, 10 and 11 over the course of his career. But he has become most associated with the club’s number nine shirt, which he began wearing with regularity in the mid-1960s as United conquered England and then Europe. Law was the first United player to win the Ballon d’Or when he was presented with the award in 1964. That was off the back of a season in which the Scot had scored 46 times in all competitions, which remains a club record to this day. He netted 237 times overall. Although he occasionally wore other shirt numbers in his very early United career, Ryan Giggs made nearly all of his record 963 appearance wearing number 11. No other player in the club’s history wore it for as long, or with such distinction. The younger Neville brother often gets a raw deal. But, consider this, he played nearly 400 games for United over a 10-year period and won 11 major trophies. There were no passengers in any Alex Ferguson team and he was there for so long on professional merit alone. One of the best ‘big game’ players United have had in recent times, Park always seemed to get the nod against Premier League rivals and was at his best against the likes of Arsenal, Chelsea and Liverpool. He wasn’t a regular by any means, but his role was crucial nonetheless. 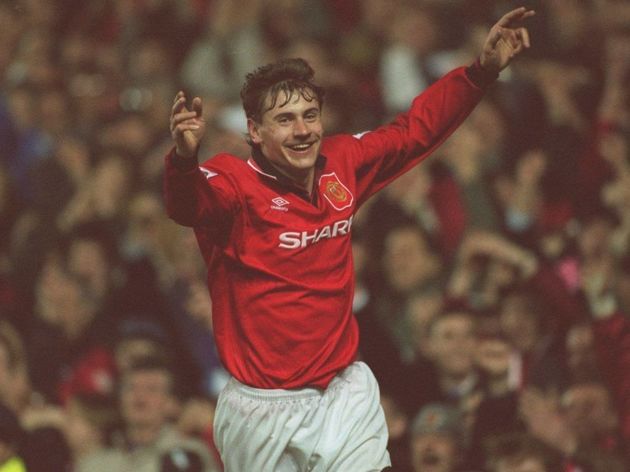 Kanchelskis was part of Alex Ferguson’s first great United team in the early 1990s and was even the club’s top scorer during the 1994/95 season. That campaign included a hat-trick in the Manchester derby. He wore 14 for two years after fixed squad numbers were introduced in 1993. Together with Rio Ferdinand, Vidic was one half of arguably the best centre-back partnership in Premier League history. It is rare for any team to have two genuinely world-class central defenders at any one time, but in the late 2000s, United absolutely did. Keane was assigned 16 when fixed squad numbers first became a thing in England in 1993 and wore it for United until the day he left the club under a cloud 12 years later. All-action box-to-box midfielders like the Irishman don’t really exist anymore. Before inheriting the number nine shirt, Cole was handed 17 to wear when he first arrived as a British record buy from Newcastle. It was in that jersey he set a Premier League record by scoring five times in one game against Ipswich in 1995. Only Ryan Giggs has played more games for United than Scholes in the Premier League era, with the midfielder one of only three in history to have made more than 700 total appearances for the club. He was crucial to so much of United’s success in the 1990s and 2000s. Yorke scored 29 goals in all competitions in the 1998/99 treble season and gave United an extra edge that had been missing a year earlier. He also remains one of precious few players in Premier League history to have scored more goals the season after winning the Golden Boot. Solskjaer is honoured with an Old Trafford banner reading ‘20legend’ in recognition of his achievements at United and loyal service. The Norwegian’s defining act came in the 1999 Champions League final when he scored the dramatic winner off the bench. Herrera was perhaps the right player at the wrong time for United. The Spaniard was a fan favourite at Old Trafford as a result of his grit and determination, while he seemed to intrinsically ‘get’ what it meant to be a United player. The club handled his 2019 exit extremely badly. Rather like Phil Neville, O’Shea is another utility United player who doesn’t get the credit he really deserves for his many years and much success at Old Trafford. The versatile Irishman rarely played in his natural centre-back role, but appeared close to 400 times over 10 years. Although world famous as a number seven, Beckham enjoyed his breakout season in 1995/96 at United wearing the number 24 shirt. He played 33 Premier League games after spending part of the previous campaign on loan at Preston in the bottom division of English football. Few might have expected when he arrived from Wigan in 2009 for Valencia to spend 10 years with United, play nearly 350 games and ultimately become club captain. He was twice named Players’ Player of the Year by his teammates and was in the 2009/10 PFA Team of the Season. The most high profile former occupants of United’s number 26 shirt are Shinji Kagawa and Massimo Taibi. Greenwood, however, is arguably the academy’s most naturally gifted graduate in a generation and has already shown he has a huge future ahead of him. Silvestre played a minimum of 30 Premier League games for seven consecutive seasons at United between 1999 and 2006, first at left-back and then in the centre of defence. Take nothing away from him as a four-time Premier League champion and 40-cap France international.