​Liverpool superstar Mohamed Salah is looking to build on his stunning debut season in 2017/18 during which he took the ​Premier League by storm, scoring 32 goals and scooping the coveted Golden Boot ahead of ​Harry Kane, only three years after his disappointing stint at ​Chelsea.

Such was his incredible return that Salah has left himself little room to improve in 2018/19, seeing as the vast majority of Golden Boot winners in Premier League history experienced a drop-off in their goal numbers the year after finishing at the top of the scoring chart. 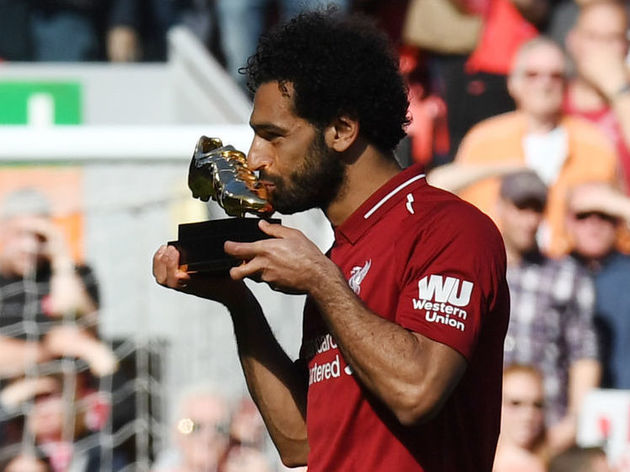 In the early 1990s, Teddy Sheringham, Andrew Cole and Alan Shearer all scored fewer goals the year after winning the Golden Boot. Shearer won the award three times in a row, but netted less often each time - it's worth pointing out that his third drop was the result of a serious injury.

Michael Owen, Thierry Henry and Jimmy Floyd Hasselbaink have all held steady after Golden Boot wins, scoring the same number of goals the following season, although in those instances none actually retained the accolade as another player overtook them. However, for many years, Manchester United forward Dwight Yorke had been the only Premier League Golden Boot winner to score more goals the following season. He took a share of the 1998/99 prize with 18 goals and went on to net 20 in 1999/00, improving by 11% as a rampant United side won the league title by a record-breaking margin.

Yorke's improved tally of 20 didn't win him another Golden Boot, though, as Sunderland's Kevin Phillips shocked the nation to score 30 goals and take the honour instead. Phillips, incidentally, suffered a 53% drop off after his big season.

The likes of Didier Drogba (twice), Cristiano Ronaldo, Nicolas Anelka, Dimitar Berbatov and Robin van Persie have all suffered similarly large drop offs the season after winning the Golden Boot, ranging from a 42% fall up to an astonishingly high 65%. Sergio Aguero saw a minor 8% drop in his goal tally the season after winning his only Premier League Golden Boot in 2014/15. But Harry Kane has so far been an exception to the general trend, seeing a 16% improvement on his 2015/16 Golden Boot winning season followed by a 3% improvement on his second in 2016/17. It was only Salah that stopped him winning a third.

Can the Egyptian follow Kane's example and be an exception to the Golden Boot curse?