Most of Europe's elite have been linked with the 16-year-old prodigy at one point in his (very) short career, but the four finalists in the race for his signature appear to be Borussia Dortmund, Chelsea, Liverpool and Manchester United.

Despite his age, Bellingham has been a core part of Birmingham's side this season. He has managed 35 appearances in all competitions, giving Europe's biggest sides plenty of opportunities to watch him.

With European football postponed because of the coronavirus outbreak, teams have plenty of time on their hands to get their transfer business started, and it looks like several clubs are focused on Bellingham.

Dortmund 'Very Far Ahead' of Competition Beginning with ​Dortmund, ​Sport Bild are confident​ that Bellingham will be playing in Germany next season.

The German report claims that Lucien Favre's side are leading the race for his signature, and Dortmund are ready to make Bellingham their record signing by agreeing a deal worth around the €35m mark.

The Germans presumably hope to make Bellingham the next Jadon Sancho. Sport Bild may feel as though it's a one-horse race, but the ​Daily Star believe there is also a Mancunian horse still in the chase.

​​United are said to have offered Bellingham a contract worth £100,000-a-week, which is far more than Dortmund have proposed. You know, because that's insane money for someone not even old enough to drive, with no top-flight experience.

The Red Devils fear that potentially missing out on ​Champions League football could hinder their chances of signing Bellingham, so they are ready to flex their financial muscle and see if that helps.

Bellingham and his parents were given ​a tour of United's Carrington training ground and the ol' razzle-dazzle from Ed Woodward earlier this month.

Liverpool Still in the Race 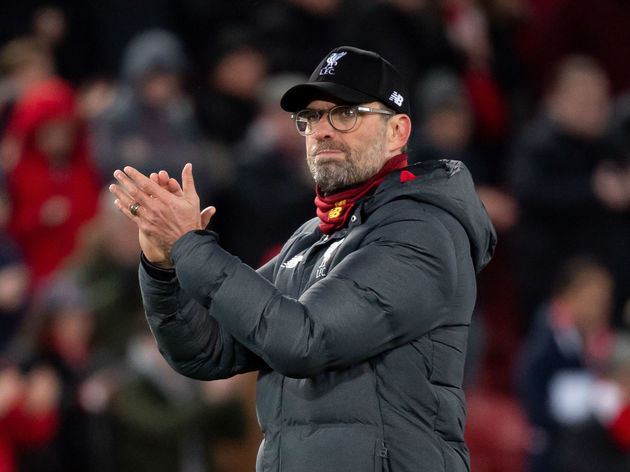 From one horse, to two and now three, as a source has confirmed to 90min that ​Liverpool are still in with a shout of signing the midfielder.​

However, Jürgen Klopp's side know they are facing an uphill battle. They have refused to pay a sizeable fee as a down payment, whereas both Dortmund and United are not believed to have any issues with that.

If Bellingham decides he wants Liverpool - he was ​leaning towards them earlier in the season - the Reds will push to get a deal over the line, but meeting Birmingham's demands might be a tough ask.

A big part of Liverpool's recent transfer strategy has been on finding the next generation of stars, with last summer's recruit Harvey Elliott tipped for a big future.

Who Will Make the Decision? If a team can meet Birmingham's asking price, then the club are happy to leave the decision to both Bellingham and his father, who also doubles as his agent.

​His family are very open-minded and would be happy to let him join any team who can offer him an acceptable role, and they would even be prepared to stay in ​Birmingham if it was best for his career.

Their primary focus is on securing Bellingham a regular spot in the first team, and they are reluctant to send him back to Under-23 football after a breakthrough campaign. It has been confirmed to 90min that ​Birmingham are yet to receive a concrete proposal from Dortmund, despite reports in Germany suggesting otherwise.

Manager Pep Clotet recently ​insisted that the youngster is not paying any attention to the stories and is simply focused on performing for Birmingham, but that could all change in the summer once the season comes to a close.