​Chelsea are prepared to listen to offers for out-of-favour striker Michy Batshuayi in the summer, with Crystal Palace said to be interested in bringing him back to Selhurst Park.

The Belgian has endured a frustrating season at Stamford Bridge, making only five starts for the Blues and coming off the bench for the rest of his 19 appearances.

On Sunday, having already put four goals past Everton, manager Frank Lampard opted to give 18-year-old Armando Broja an opportunity off the bench, as opposed to the former Marseille attacker who was unused again.

Palace are in the market for a new striker, with loan striker Cenk Tosun suffering serious knee injury that has cut short his spell in south London and ending any chance of signing him permanently. And according to the ​Express, the Eagles have set their eyes upon bringing back ​Batshuayi, who appears to be on the move as ​Chelsea are prepared for offers concerning the striker in the summer.

The 26-year-old spent the second half of last season on loan at Selhurst Park and scored five goals in 11 games for Roy Hodgson's side during his brief spell. 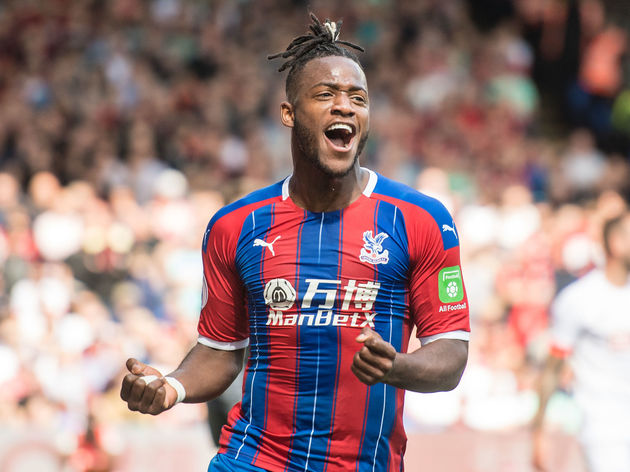 Yet the south London club were put off when they inquired about the fee Chelsea wanted for the Belgian for a permanent deal, which was said to be £45m. With one year left on his contract, the Eagles will want to pay a much reduced fee for the attacker this summer.

The Blues paid Ligue 1 club Marseille a fee of £34m for the services of Batshuayi in the summer of 2016, and had hoped to make a profit by selling him at a high price.

He is said to have told friends of his desire to remain in London should he depart Stamford Bridge, which would give​ ​Palace an advantage over other potential suitors.

With ​Olivier Giroud now playing more regularly for Lampard, and the early promise displayed by Tammy Abraham in the first half of the season, it appears the Belgian is very low down the pecking order of forwards at the club, and a move looks increasingly likely at the end of the season.