Dortmund lead PSG 2-1 on aggregate following the first leg in Germany, which was decided by an Erling Haaland brace either side an away goal from Neymar. 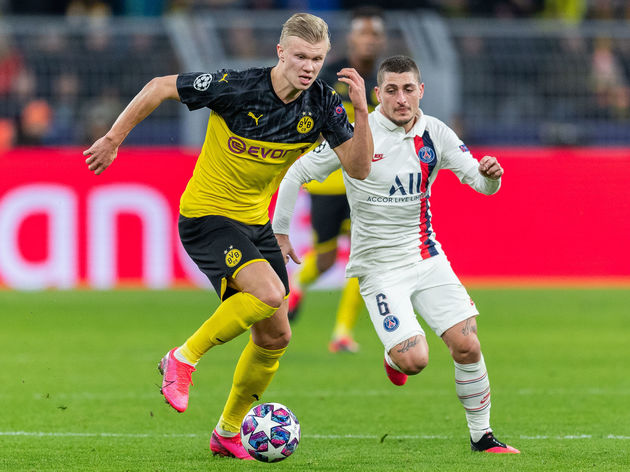 It was confirmed last week that the Champions League tie between Valencia and Atalanta in Spain will be played behind closed doors, while Inter’s Europa League battle with Getafe in Milan - one of the worst hit areas in Europe - will also be in a closed stadium.

At the end of February, the French government banned all indoor gathering of more than 5,000 people as a preventative measure to help minimise the spread of the virus. Paris’ famous Louvre museum has also been closed after staff voted not to open.

Since then, the French government has lowered the limit on public gatherings to just 1,000 people, with three new deaths in France reported on Sunday. An employee at Disneyland Paris has also tested positive for coronavirus, although they had not been in contact with park visitors.

France already has in excess of 1,100 confirmed cases and Health Minister Olivier Veran has said that the “priority is to do all we can to slow the transmission of the virus”.

In Italy, all Serie A games are being played behind closed doors until early April. As many as 366 people have died from coronavirus in the country and new quarantine restrictions apply to Lombardy, where Milan is, and 14 other provinces in the north.

Up to 16m people in northern Italy need permission to travel under the enforced quarantine.

Despite growing fears in the UK and Germany, including a Twitter plea from German Health Minister Jess Spahn to limit gatherings to 1,000 people, Tottenham’s Champions League trip for the second leg of their tie against RB Leipzig has been confirmed as being open to fans.