​Bayern Munich's 6-0 win over TSG Hoffenheim made international headlines, but it wasn't as a result of what was arguably their best performance since Pep Guardiola was their manager.

Leaving protests in the stands aside, it was a win that could prove to be the watershed moment Bayern Munich's hierarchy have been waiting for in their search for Robert Lewandowski's long-term successor.

The Poland international will be out of action for some time. It's been suggested that Lewandowski could return in time for Der Klassiker next month, but in that run he'll miss a total of six games across all competitions - including their Champions League second leg against Chelsea.

Considering Lewandowski has scored 39 goals for Bayern Munich this season - their next top goalscorer, Serge Gnabry, has 18 - the next month should be a testing time in the club's season, but in their 6-0 win over Hoffenheim, the Rekordmeister appeared to stumbled upon an answer. Teenage forward Joshua Zirkzee has already made an impact this season.

He scored with his first-ever touch in the Bundesliga with a last-minute winner against Freiburg, becoming the seventh youngest goalscorer in

Last time out, the 18-year-old was tasked with filling Lewandowski's shoes against Hoffenheim in his first start for the club. And he didn't disappoint.

Zirkzee got on the scoresheet again, firing in Bayern Munich's third goal of the game with a fantastic combination of strength and composure inside the six-yard box.

It wasn't just his ability in front of goal, however, as he was involved in the club's opening four goals in

Happy with my first @Bundesliga_DE start! Lets do the same thing tomorrow against @s04 ! pic.twitter.com/dMmAZbcluV 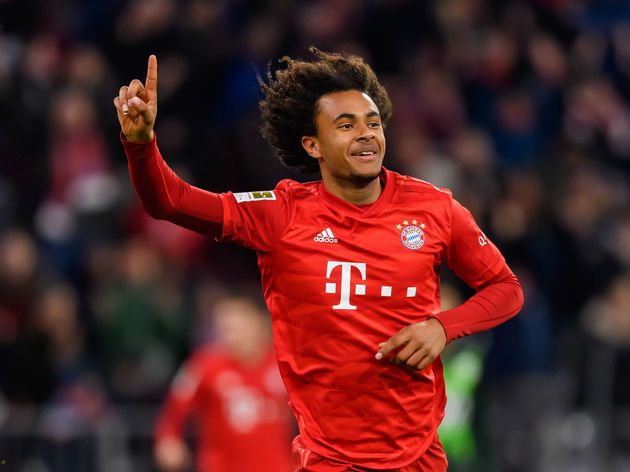