​Manchester United boss Ole Gunnar Solskjaer believes that Napoli defender Kalidou Koulibaly is one of the three best centre-backs in world football at the moment, according to a report.

Koulibaly has been widely considered as one of Europe's best defenders for some time now, as well as being consistently linked with a move to Old Trafford in past transfer windows - rumours that will likely re-surface this summer.

United's Harry Maguire - who was supposedly signed ahead of Koulibaly last summer - and Liverpool's Virgil van Dijk are the other two names in Solskjaer's three-man centre-back ranking, with the pair also being the two most expensive defenders of all time.

According to the ​Evening Standard, Solskjaer thinks very highly of Koulibaly, an opinion that will likely excite Man Utd supporters ahead of the summer transfer window.

While it's yet to be seen whether the Senegalese defender is a priority for the Red Devils, the prospect of signing a player of Koulibaly's ilk will get football fans across Europe purring.

The centre-back has consistently offered world-class performances for ​Napoli, featuring 233 times since joining the club from Belgian outfit Genk in 2014.

However, major conflicts between Napoli's hierarchy and players throughout the course of the campaign have fuelled rumours linking a number of the club's most talented assets with summer moves away from Naples - Koulibaly included. 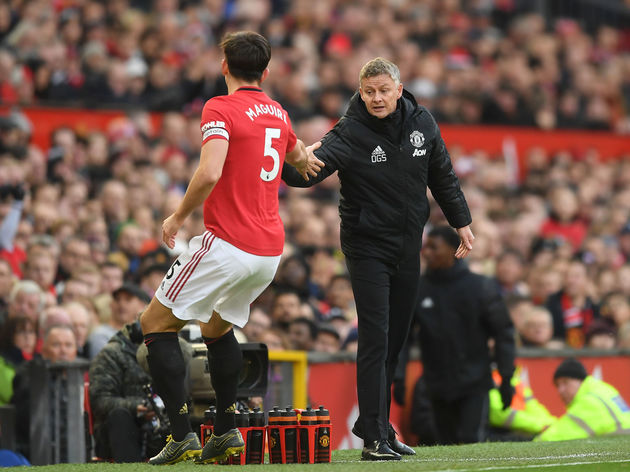 United have shown defensive improvements since the turn of the year, but Solskjaer is still eager to strengthen his backline, despite having paid large fees for both ​Maguire and Aaron Wan-Bissaka last summer.

Marcos Rojo and Ashley Young both left Old Trafford in January, while Roma are keen to turn Chris Smalling's impressive loan spell with the club into a permanent transfer.

However, Koulibaly will have an incredibly high price tag on his head, with United perhaps having to break the world-record transfer fee for a defender yet again if they want the Napoli man's services.